Odds on the First NFL Head Coach Fired in 2021 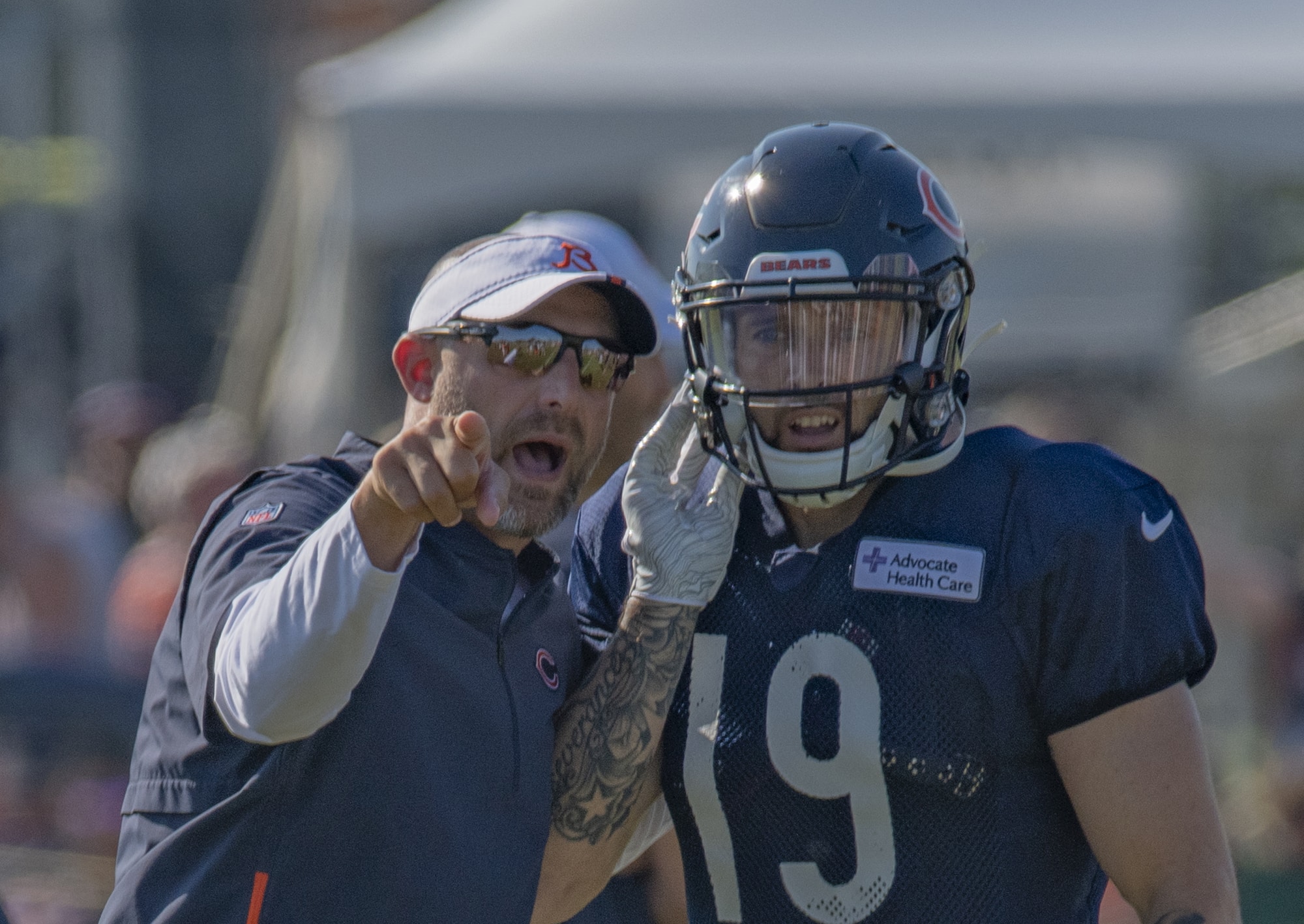 With the 2021 NFL mini-camps finished as of June 17, fans, bettors, players, and coaches have about a five-week respite until training camps begin in late July.

A handful – maybe more – of coaches need to dial it in and get it right during training camp this year. Otherwise, they are going to be out of a job and some sooner rather than later.

Leading worldwide online sportsbook from Costa Rica. Allows US bettors from most states and has great odds, props and future lines on all NFL action.
Review
Play nowPlay now
18+ Terms & conditions apply
Sign-up Bonus will be credited in a form of Free Play.
We match 100% of your first deposit as a bonus.
The maximum Bonus to be awarded is $1,000.
This bonus requires a minimum deposit of $45.
There’s a 10x Rollover attached to this promotion.
Promotion is valid on your first deposit only.
Redeem the promo code MYB50 in the cashier in order to get this bonus.
You must have a successful deposit in order to get the bonus credited to your free play balance.
MyBookie reserves the right to alter or amend the terms and conditions of this promotion at any time without notice.
General House Rules Apply.

Join a new Vegas style Sportsbook and Casino with Live betting, 24/7 Customer service and personalised betting. Enjoy fast fee free payouts and secure betting at the gambling site.
Review
Play nowPlay now
18+ Terms & conditions apply
100% Sign up bonus up to $500 Terms:
Min. Deposit of $50 or more
New Players only
7x Rollover
Xbet reserves the right to alter or amend the terms and conditions of this promotion at any time without notice. General House Rules Apply. 18 + only.

BetUS has over 25 years in the gambling business and delivers sports betting to customers around the world including the US. Choose from Pro Football, College football to NASCAR and horse racing, BetUS covers it all with 24/7 customer service.
Review
Play nowPlay now
18+ Terms & conditions apply
125% Sign-Up Bonus up to $3,125 on your first deposit.
Minimum deposit: $100
100% Sports Bonus – up to $2,500
10X Rollover on Sports
25% Casino Bonus – up to $625
30X Rollover on Casino Games for Release and Cashout.
Max cashout for Casino Bonus is $5000
14 Days Expiry
TO CLAIM – USE PROMO CODE : JOIN125
General Terms and Conditions Apply

Leading online sportsbook with Sports, Casino and Racebook. Choice of sign up Bonuses start with Low rollover of x 5. Good lines and variety of markets to bet on all major Sports and more.
Review
Play nowPlay now
18+ Terms & conditions apply
Full Terms and conditions apply. 18 + only.

Last year, seven coaches were sent packing between Week 4 of the regular season and February of this year. That meant seven new head coaches were hired. The one good thing about being hired in 2021 is that you are probably safe for at least a season. Then again, the NFL is a what-have-you-done-for-me-lately type of league.

Contents show
1 First NFL Head Coach Fired Odds 2021
2 McCarthy & Fangio Lead the Way
3 The Most Obvious
4 Other Contenders
5 The Best Bet
One thing is certain. There will be NFL head coaches fired in 2021. The question is which NFL head coach will be fired first? Here’s a look at the odds and the favorites.

Surprisingly, Dallas head coach Mike McCarthy is listed along with Denver mentor Vic Fangio at +750 to be the first head coach shown the door in 2021. It’s surprising for McCarthy since he struggled through a 2020 campaign in which his starting QB Dak Prescott missed the majority of the season with an ankle injury.

Prescott will be back to lead a Cowboys offense that averaged 31.5 points and 500-plus yards of total offense when Prescott was healthy last year.

Fangio isn’t a surprise. Denver went 7-9 in his first season, but then fell to 5-11 last year. The offense is so-so with QB Drew Lock still the starter. Despite Fangio’s prowess as a defensive coach in the NFL, his Broncos defense finished 25th in points allowed and 21st in total yards allowed per game last season.

It wasn’t supposed to be pretty in Year 1 for Cincinnati head coach Zac Taylor. Then, Year 2 came and Taylor now has just six NFL wins in 32 career games. As a result, Taylor is given +1000 odds to be the first NFL head coach to join the ranks of the unemployed.

The problem for Taylor and the Bengals in 2021 is that they start the season with Minnesota, Chicago, Pittsburgh, a new Jacksonville under head coach Urban Meyer, and Green Bay. Another poor start could send Taylor packing before they Bengals get to the bye week.

In three years with the Raiders, Jon Gruden has gone a rather pedestrian 57-55 with zero appearances in the postseason. Without a trip to the postseason in Year 4, Gruden might be right back in the FFCA (Fired Football Coaches Association) once again. Gruden is given +1000 odds to be the first coach fired. His teams have been solid, so it’s likely he makes it through the regular season at the very least.

Kliff Kingsbury is 13-18-3 in two seasons in Arizona. He had the Cardinals flying high in 2020. Arizona was 6-3 after nine games, but the team fell apart and finished 2-5 to go 8-8. They tied Chicago for a wild card berth, but the Bears won the tiebreaker and went to the playoffs.

The Cardinals have built a pretty good offense around former No. 1 overall draft pick QB Kyler Murray. The Cardinals do play in the toughest division in the NFL – the NFC West – but barring a catastrophe, Kingsbury probably gets a fourth year. At the very least, he won’t be fired first.

For real value, check out Chicago Bears head coach Matt Nagy. Since he led the Bears to a 13-3 finish and an NFC North Division title in his first year with the franchise, Nagy has underperformed. Chicago has gone 8-8 in each of its last two seasons. An expanded playoffs gave them a postseason berth last year. The Bears were eliminated in the wild card round by New Orleans.

Nagy was supposed to be an offensive guy, but the Bears offense has finished outside the top 20 in scoring in each of the past two seasons. Quarterback Mitchell Trubisky regressed from his first season, lost his starting job and is no longer with the team.

At some point, Nagy is going to have to turn to No. 11 overall draft pick Justin Fields, a rookie. Whatever the reasoning and whenever the time, it won’t matter. Another anemic Bears offense will leave the franchise with no alternative but to fire Nagy and do so before the end of the season.

Chicago opens the season with the Rams, plays at Cleveland in Week 3, and then has a midseason stretch of Green Bay, Tampa Bay, San Francisco, Pittsburgh, and Baltimore. That stretch will determine Chicago’s season and Nagy’s fate.