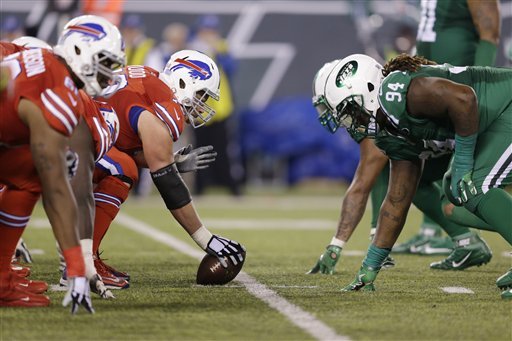 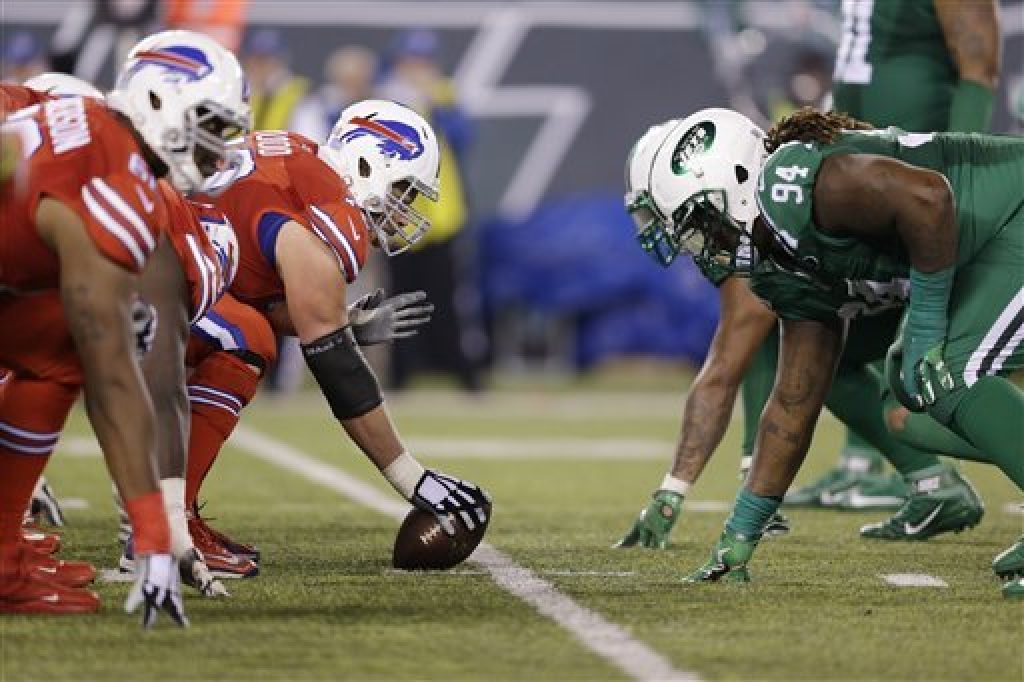 Check out our free NFL picks by a professional sportswriter with more than 15 years experience reporting on the game. Previous NFL content has been featured on ESPN and the Washington Post, among other publications.

Get the Odds on all games from our recommended top trusted sportsbooks with competitive lines and Big sign up deposit bonuses.

The start of our free NFL picks. This couldn't possibly be any worse of a juxtaposition. The Jets are fresh off a game where they sacked Andy Dalton seven times; the Bengals were in the top 10 last year, as far as least quarterback sacks allowed. The Bills are fresh off the news that they could be without Sammy Watkins for a long, long time. There's absolutely nothing stopping the Jets from stacking the box to stop LeSean McCoy, and teeing off on Tyrod Taylor (who threw for a ghastly 111 total passing yards last week). Pick: Jets

There's been a lot of talk about Cowboys running back Ezekiel Elliott's less-than-spectacular start to the season (51 yards rushing on only 20 carries), but after witnessing what DeAngelo Williams did to the Redskins this past Monday night, Elliott could be in for a much more productive week. The Cowboys' offensive line could toss around the Redskins overmatched defensive line like a bunch of cheap lawn chairs. Pick: Cowboys

It's obvious they were overmatched from the get-go, but Tennessee did as much to throw away any chances of victory last week against Minnesota, as the Vikings did to actually win the game themselves. Between dumb turnovers and even dumber playcalling, it just felt like a matter of time before Tennessee would blow the game. Things don't look much better for the Titans this week, when they take on a deceptively good Lions team. Pick: Lions

So far, the Texans' off season investments in their offense seems to have paid off. Quarterback Brock Osweiler overcame a slow start, and threw for 231 yards and two touchdowns. Running back Lamar Miller racked up 117 yards on 32 total touches. Wide receiver Will Fuller, the team's first round pick in the 2016 NFL Draft, had 107 yards receiving and a touchdown. Let's see what they do for an encore against the Chiefs, after Kansas City gave up 27 points to the Chargers at home last week. Pick: Texans

In any other set of circumstances, the primary storyline for this game would be the fact that Dolphins gave the Seattle Seahawks everything the latter could handle last Sunday, almost pulling off the colossal upset. But, given the upset that Patriots pulled off themselves, defeating the heavily-favored Arizona Cardinals without the services of Tom Brady and Rob Gronkowski, they once again enter this game as the team everyone is talking about. Pick: Patriots

Here's the “dirty secret” that emerged from northern Ohio over the course of the week: while Robert Griffin III's shoulder injury might've been a heartbreaking loss for members of the team and the organization, even more people felt that Josh McCown might actually be the better quarterback. It'll be very interesting to see what he can do, throwing the football to talented guys like Josh Gordon, Terrelle Pryor, Corey Coleman, and tight end Gary Barnidge. Pick: Ravens

Pittsburgh blew the doors off Washington (a playoff team last year) this past Monday night. Conversely, the Bengals had to squeak by in a game against the Jets (who weren't a playoff team last year) this past Sunday. If the Steelers are to usurp the AFC North crown, as many prognosticators have picked them to do, beating the reigning division champs at home would be the first step in doing so. Pick: Steelers

The Giants passing offense looked as lethal as ever last week, with Eli Manning having a bolstered cadre of receiving weapons in rookie Sterling Sheppard, the resurrected Victor Cruz, running back Shane Vereen, and even tight end Larry Donnell, alongside superstar wide receiver Odell Beckham Jr.. Manning could be in for a huge week throwing to all of those guys, playing against a Saints secondary that just lost its best player — cornerback Delvin Breaux — to an injury that will keep him out for a large portion of this season. Pick: Giants

The Panthers are supposed to have one of the best front seven's in the NFL — to the point where they view cornerbacks like Josh Norman as completely expendable — yet they got manhandled by a somewhat inferior Broncos OL last week. Let's see how they respond against a 49ers team that put up over 100 yards rushing against the formidable defense of the Los Angeles Rams. Pick: Panthers

The Cardinals might have had the most disappointing performance of any team last week, and Cardinals General Manager Steve Keim and head coach Bruce Arians were plenty vocal about that fact. Look for them to come out angry and take out their frustration against the Buccaneers, featuring a quarterback (Jameis Winston) that's riding high after his four-passing-touchdown performance on Sunday. Pick: Cardinals

As good as the Seahawks have been for the past four seasons, since Russell Wilson's rookie season of 2012, the Seahawks are 1-3 when playing on the road against the Rams. In those four games, they've scored a grand total of six offensive touchdowns. Last week, the Seahawks only scored one offensive touchdown against an otherwise mediocre Dolphins defense. How will they respond this week, with Wilson still dealing with the sprained ankle injury from last Sunday? Pick: Seahawks

There were plenty of questions about the Broncos offense coming into this season, headlined by who their quarterback would be. But, at least one of those questions was answered: can they rely on their running game to help out whoever plays quarterback? Running back C.J. Anderson looked very impressive against the Panthers, running for 92 yards and one touchdown (on 20 carries) against a tough Carolina defense. Pick: Broncos

If the Falcons lose this game, things cold start to get very uncomfortable for head coach Gus Bradley and his staff. They lost by double-digits to the Buccaneers at home last week, watching Jameis Winston torch them through the air. This week, they head west to face another formidable passing attack. Pick: Raiders

It shouldn't be any surprise, but every team who plays Minnesota this season is going to try to duplicate what the Titans did to the Vikings last week: load the line of scrimmage to try and stop Adrian Peterson, forcing whoever plays quarterback for the Vikings to beat them. Peterson ran for only 31 yards on 19 carries last Sunday, losing yardage on over a quarter of those carries. Pick: Packers

The last of our free NFL picks focuses on Tuesday's game between the Eagles and Bears. Amidst all the gushing over Carson Wentz successful NFL debut, let's not forget that: 1) he was playing the Cleveland Browns, who might have the most talent-deprived defense in the NFL; and 2) Marcus Mariota — last year's #2 overall pick — had a monster Week 1 as a rookie, and regressed much closer to the mean in Week 2. Pick: Bears

Get the latest NFL odds from our top rated sportsbooks.