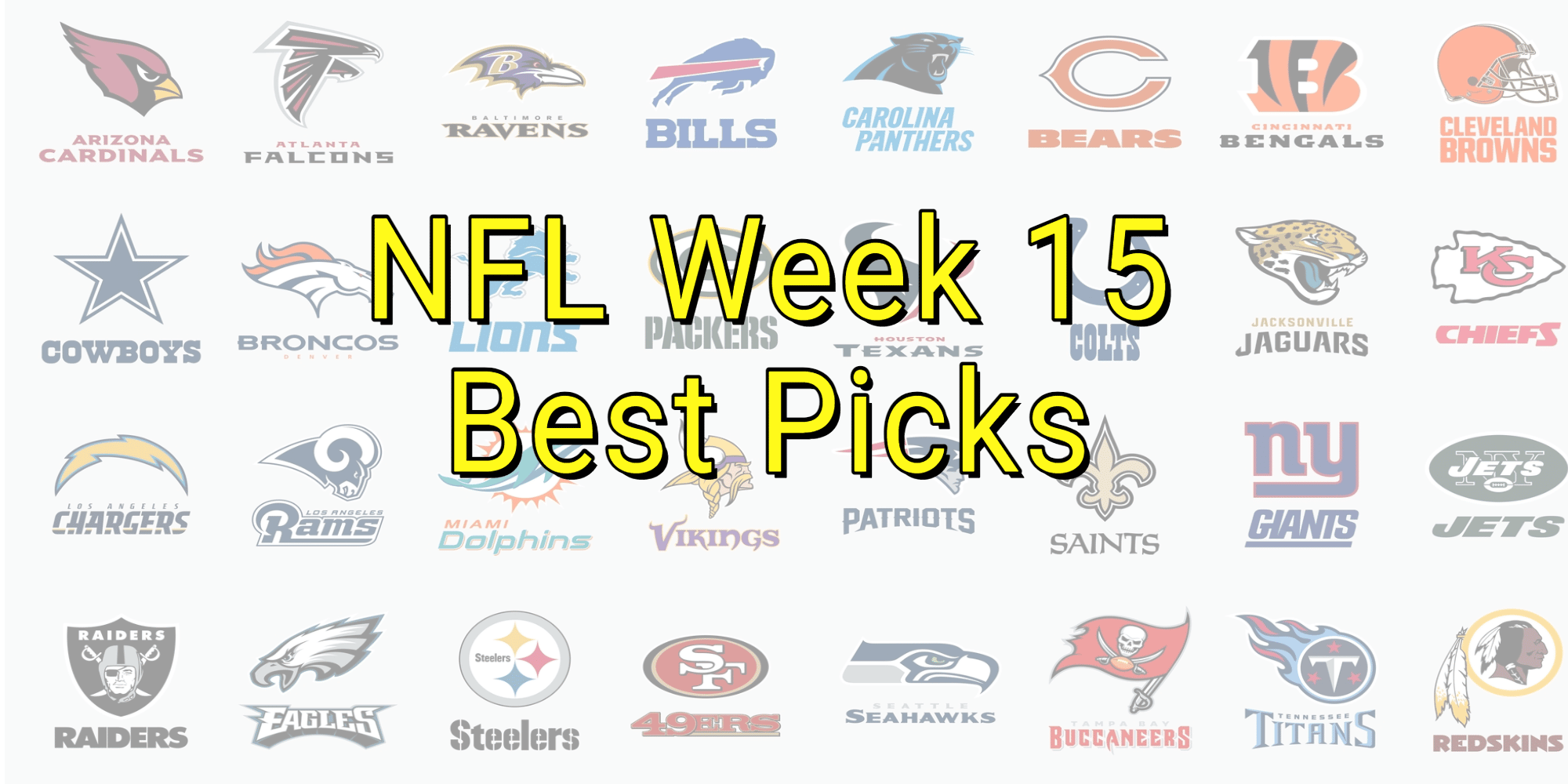 Score our best 3 picks for week 15 of the 2021 NFL season below. Our American football expert goes through each of the top games selected this week and gives his view on who the winners will be. Good luck!

The New England Patriots are probably the hottest team in the league at the moment.

They have won seven straight games against tough opponents and are the number one seed out in the AFC.

Mac Jones looks like easily the best rookie quarterback out of his class this season and their backfield is stacked with talent to make his job easier.

With a solid offensive line and above average weapons in the pass game, this is an offense that knows how to get the job done against any opponent.

As for their defense, this is one of the best units in the league by far.

Their pass rush has been strong and consistent, while their secondary led by JC Jackson is forcing turnovers nearly every single game.

Flipping over to the Indianapolis Colts, they have gotten an extra week to prepare for this contest due to their late bye week.

Carson Wentz has been a solid quarterback but I wouldn’t say that he has been franchise altering just yet.

He has made some brutal errors that resulted in interceptions but has had huge performances as well.

They are mostly led by Jonathan Taylor on offense though. The workhorse back is the leading rusher in the NFL by quite a large margin.

He is an excellent runner in goal line situations and has a perfect balance of speed and strength. Michael Pittman has also been a stellar surprise for them.

Defensively, Darius Leonard is a star linebacker and their pass rush is solid but they lack depth and consistency in the secondary.

Eventually, I feel like the Patriots win streak must come to an end, after all they aren’t the most talented team in the league.

They are the best coached though. Bill Belichick always finds ways to shut down a team's best player, and Taylor is definitely that guy.

If he is locked up, Wentz will have to win this matchup against a strong defense.

In all honestly, I just don’t see that happening. It will be a close game all the way through but Jones and New England will get their eighth straight win.

On paper this may not seem like the most exciting game of the week but it is an important one.

Each of these teams are battling for a playoff spot in their respective conferences. The Bengals are led by a great offense.

Joe Burrow and Ja’Marr Chase are forming one of the best duos in the league and Tee Higgins has been fantastic in the last couple of games.

Their offensive line needs some more work but has been good enough to keep Burrow healthy and give Joe Mixon room to operate in the run department.

Cincinnati hasn’t just improved offensively either, their defense took a dramatic step forward during the offseason.

The signing of Trey Hendrickson has been massive for them as he has made their defensive line pretty dominant lately.

Their secondary isn’t always consistent but have had excellent games to make them a top unit.

Their opponents here, the Denver Broncos, are the opposite. This Denver offense is pretty atrocious to say the least.

I’m not saying the talent on the roster is, but the performance is what is so bad to watch.

Teddy Bridgewater is a very capable quarterback that doesn’t turn the ball over often and this offensive line is surprisingly really solid.

However, they just haven’t been scoring a lot of points.

Melvin Gordon and Javonte Williams are a great one-two punch in the backfield and weapons like Jerry Jeudy, Tim Patrick and Courtland Sutton are a stacked wide receiver core.

I don’t know if it’s play calling or Bridgewater’s inability to push the ball down field, but something is slowing them down.

Luckily, their defense is keeping them afloat. Even without Von Miller now, guys like Patrick Surtain have been huge additions over the offseason.

Surtain especially, he has had multiple pick-sixes on the season.

I think the Bengals are the better overall team and should get the win here, but they have really been inconsistent against teams they could easily beat all year long.

The Broncos on the other hand just got a dominant win over the Detroit Lions with a phenomenal ground attack.

I’m going for the upset here and rolling with Denver, but anything can happen in the NFL as we know well.

This game has the potential to be the game of the week.

The Green Bay Packers have had people questioning whether or not they are the flat out best overall team in the league after a string of consecutive wins.

Aaron Rodgers is looking as great as ever back in the pocket and his chemistry with Davante Adams seems to be getting stronger as the year progresses.

Aaron Jones when healthy is a scoring machine and young running back AJ Dillon has seen his workload increase lately due to a few great games in Jones absence.

Defensively they have a lot of rising stars here but Jaire Alexnader is the best one. He has been hurt but I heard that he may be on the field for this game.

As for the Ravens, well, they could be in for a rough game if Lamar Jackson gets ruled out. He suffered an ankle sprain in the team's loss to the Cleveland Browns last week.

Tyler Huntley will get the start if Jackson can’t go but they do have similar play styles.

Defensively they are badly hurting with both Marlon Humphrey and Marcus Peters out of action.

I think that will be the deciding factor in this game more than Jackson playing or not.

Losing your top two cornerbacks against a legendary quarterback and one of the best wideouts in the game today is a recipe for disaster.

Jackson is the only hope of bringing this team to a victory, but without some miracle here the Packers should win this game.

Fifteen games took place in NFL week 7, and we got 12 of those predictions…

[ad_1] The New England Patriots are back in familiar territory: the playoffs. The defending Super…