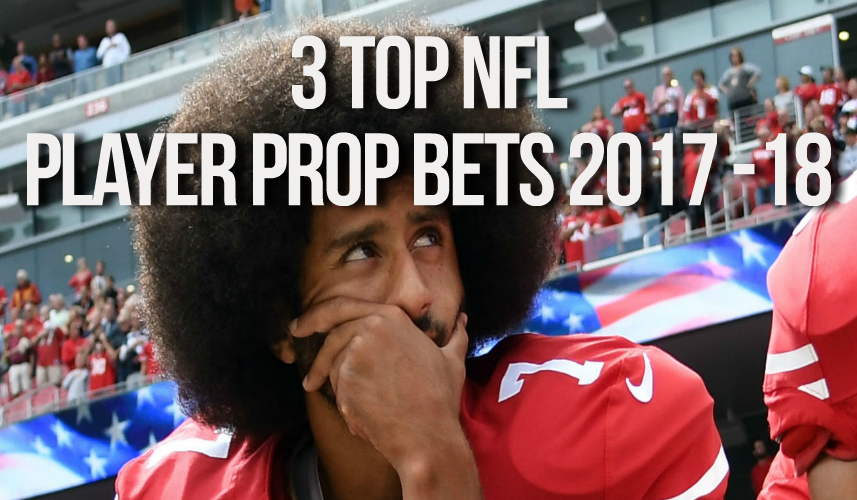 With the NFL season set to kick off in just over two months from now, oddsmakers continue to release a series of wagers can be made for the 2017-2018 season.

We already have the win total projections (and the requisite over/under wagers) for each team, as well as odds for the offensive rookie of the year.

However, we wanted to take a look at a few of the most interesting “prop bets” that a few online oddsmakers have recently released.

In particular, here are three interesting bets you can make for this upcoming season:

Where will Colin Kaepernick be playing at the start of the 2017 NFL Season? 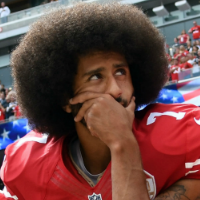 Quarterback Colin Kaepernick dominated national headlines early in the 2016-2017 NFL season. He chose to kneel during the pre-game national anthem, as part of his protest against racial tensions within the United States.

Between that, and his ineffective play while he was under center, he was eventually released by the San Francisco 49ers.

Since then, Kaepernick has not returned to an NFL roster.

There have been whispers emerging that NFL teams have “blackballed” him. This is because of the media pressure his presence would bring to any team that signs him.

Interestingly enough, oddsmakers are giving +120 odds for Kaepernick to remain out of the NFL at the start of the season.

Those odds are actually better than Kaepernick either being on the roster of the Seattle Seahawks (+110 odds, after he recently completed a workout there), or any other NFL team (also +110 odds).

Will Adrian Peterson and Marshawn Lynch lead their team in rushing touchdowns after the 2017 NFL Season? 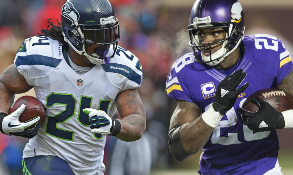 As recently as three years ago, Adrian Peterson and Marshawn Lynch were two of the best running backs in the NFL.

But between a combination of age, injuries, and retirement (Lynch “retired” after the 2015 NFL season), they found their former respective teams moving on from their services.

This past offseason, Peterson signed with the New Orleans Saints, likely as a backup or change-of-pace runner alongside Mark Ingram (who led the Saints in rushing yards and touchdowns last season).

Meanwhile, after Lynch publicly expressed an interest in returning to the NFL and playing for his hometown Oakland Raiders, he subsequently unretired, and the Raiders acquired him from Seattle.

Oddsmakers are providing intriguing two-to-one (+200) odds for those making a wager that both Peterson and Lynch will lead their team in rushing touchdowns by the end of the season.

There's the obvious question of how much Lynch will “have left in the tank,”.

Considering he's 31 years old, and didn't play at all during the 2016 NFL season.

Meanwhile, as mentioned, Peterson will initially serve in a backup capacity in New Orleans.

However both of these players routinely scored double-digit touchdowns in their former stops.

It's not totally out of the question to see them dominating the goal-line carries for their new teams. As such 2-1 odds on these Player Prop bets looks interesting enough. 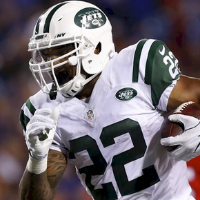 In the history of the NFL, only two teams have accomplished the “perfectly bad season” feat. They achieved this by not winning a single game on that year's schedule. They were the 2008-2009 Detroit Lions, and the 1976-1977 Tampa Bay Buccaneers.

Given that such circumstances have only taken place twice in the last 40 years, this might not seem like such a smart wager to make.

However, for those inclined to make a wager, the 14-to-1 odds (+1400) have to be tempting as far as prop bets go at Sportsbetting.ag.

After all, the Cleveland Browns won only one game last season.

Even with all the changes they continue to make as part of their organizational rebuild, are they really that much better?. The team still lacks star power in the worst way.

They still don't have a long-term answer at the quarterback position.

Myles Garrett, the #1 overall selection in the 2017 NFL Draft, just went down with mysterious and potentially troublesome foot injury.

Also, the New York Jets are in prime position to finish the year with the worst overall record in the league.

Numerous analysts came out during the offseason and declared that the Jets might have the least talented roster in the entire league.

Even the coaching staff has come out and said everything except the outright statement of them being in a total renovation. It's seems more likely that the Jets could/would lose every game this season, as opposed to winning more than two or three games this year. 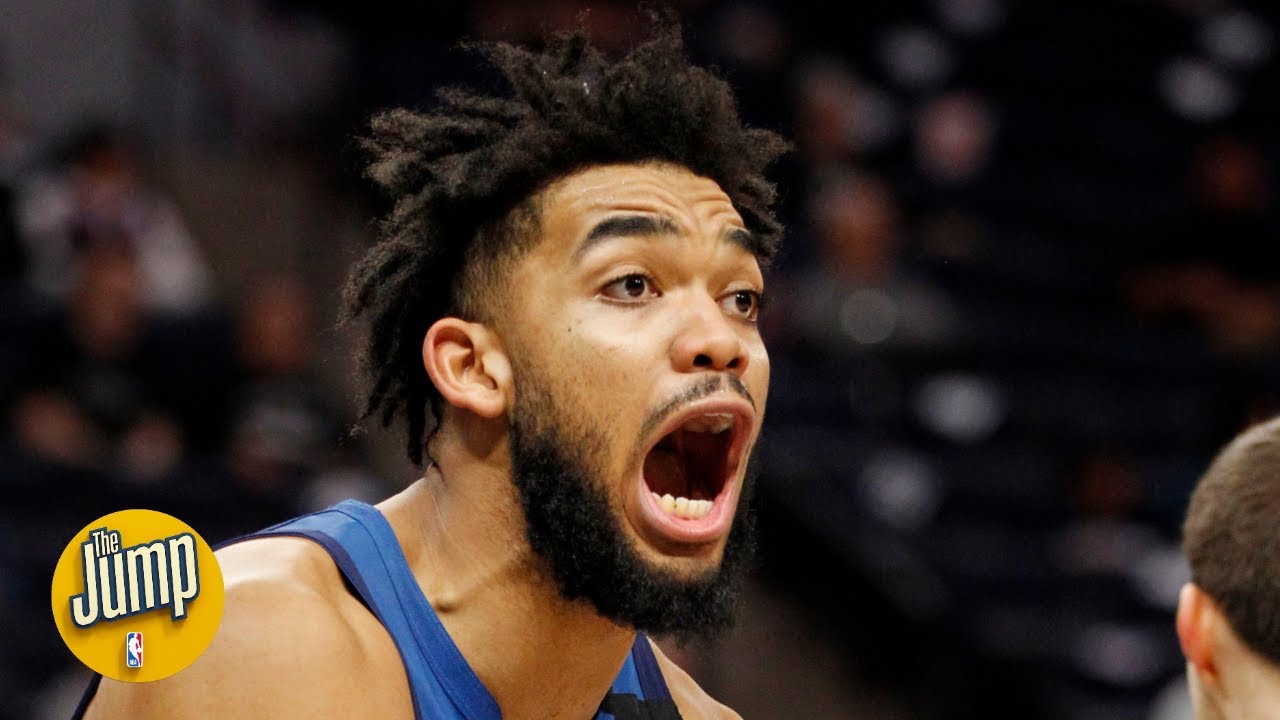 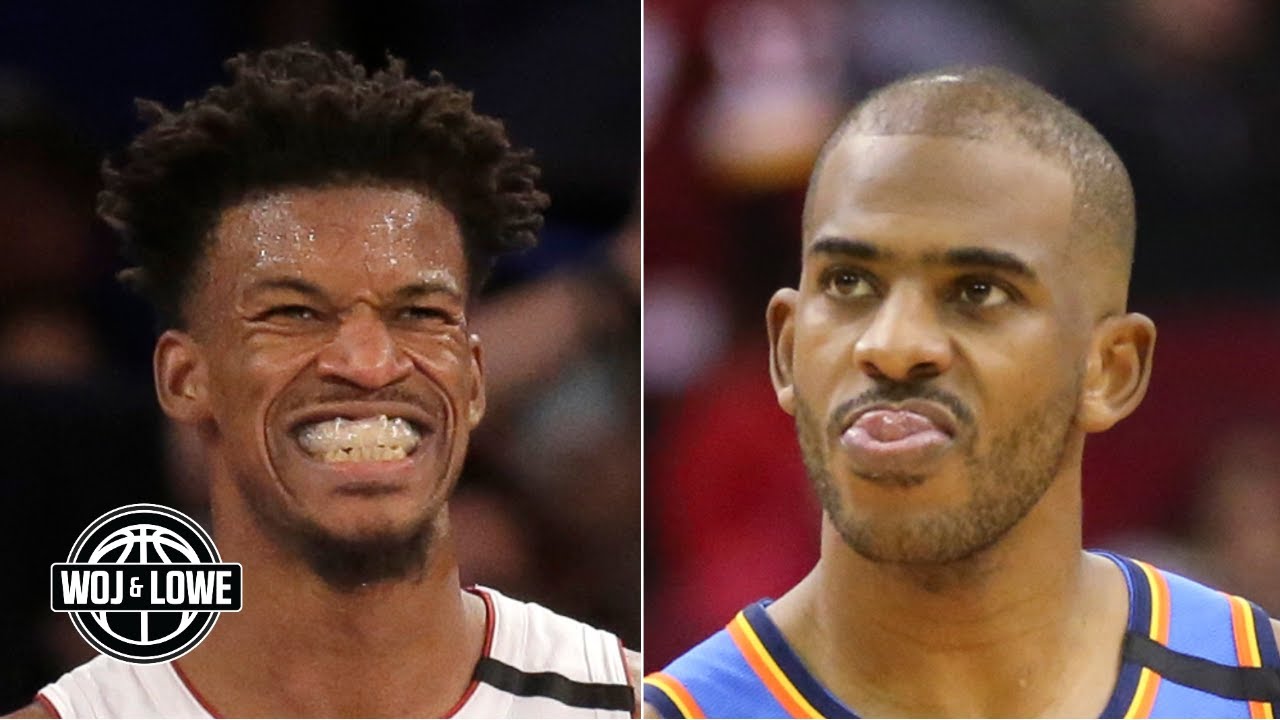 What the Thunder, Heat and 76ers might do before the 2020 NBA trade deadline | Woj & Lowe

Adrian Wojnarowski and Zach Lowe respond to the four-team trade including the Houston Rockets, Minnesota…