Home NFL PLayers Who is the best NFL running back of all-time?
1 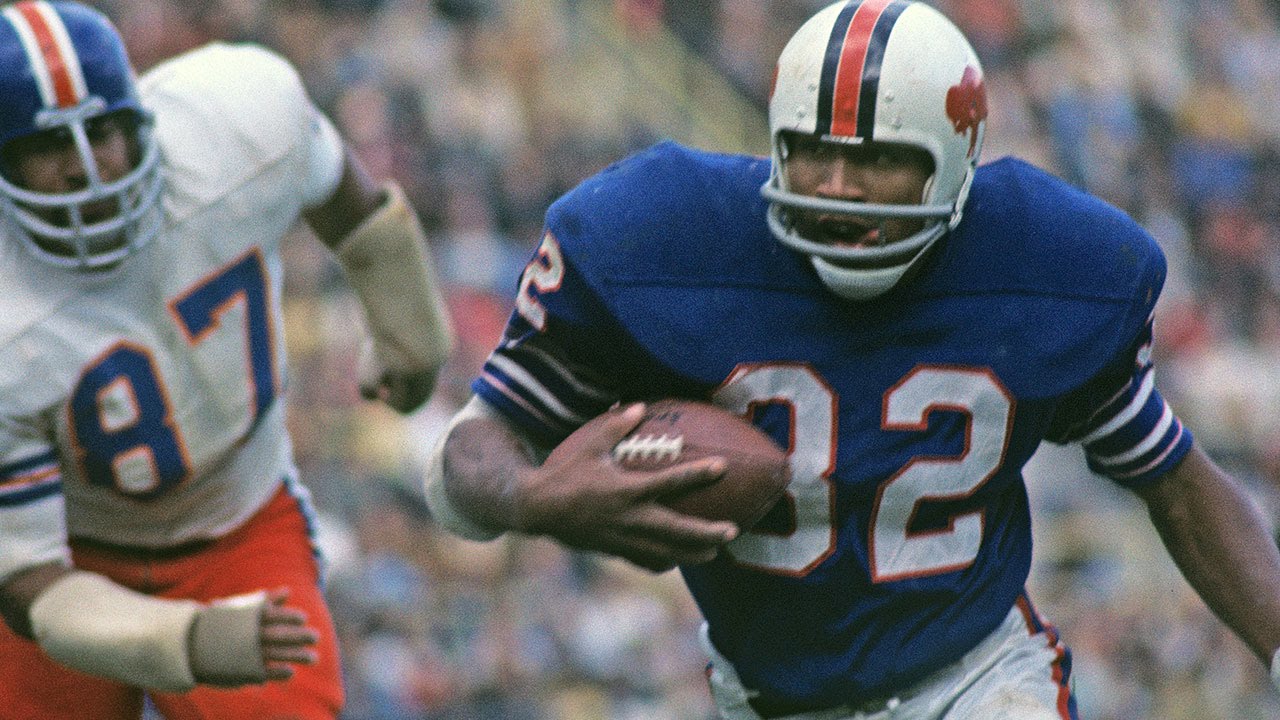 Running back in the NFL is probably the most demanding job in professional sport. But some players nailed it. Check out if your favorite RB made it to the list.

If you’ve never watched a football match before, let us make it clear for you: the two players who line up in the offensive backfield are the running backs. While the smaller player is the main ball carrier, the larger player is the one charged with protecting the ball carrier.

Running backs have the toughest job on the field during the game because they don’t only play like a quarterback, they also make physical contact on virtually every down.

The job of a running back is so demanding and challenging that it isn’t unusual for NFL running backs to retire from the job after not even ten seasons on the field. This job takes a real toll on their bodies.

Now, the job isn’t easy, but some players nailed it. Even those who had short careers as running backs were brilliant on the field.

We have more than one candidate for the job of the best NFL running back of all-time. 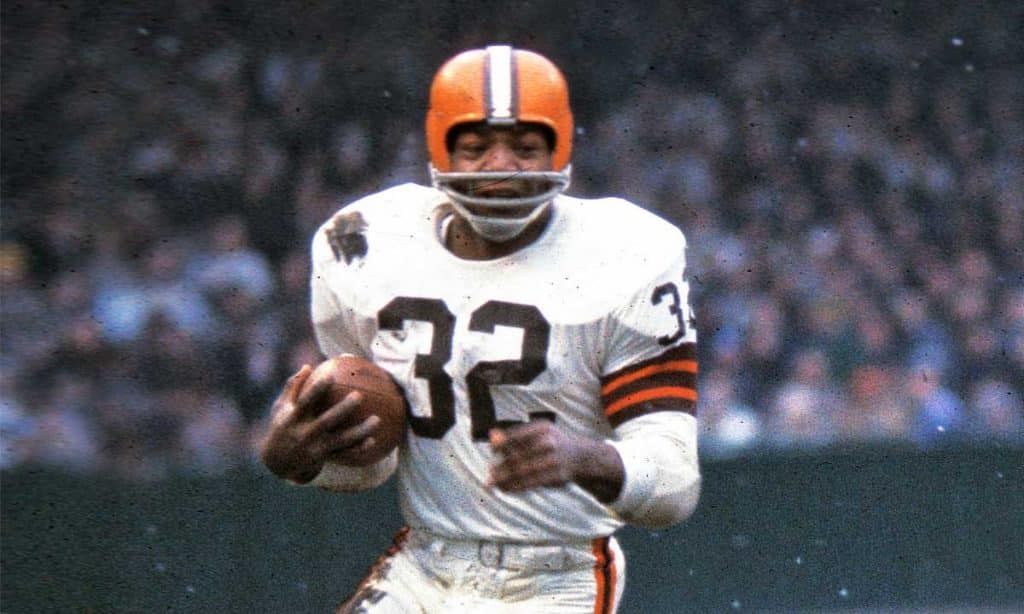 People don’t talk about Jim Brown as one of the best NFL players of all time, but also as one of the toughest. His career numbers still stand among the all-time best even though he retired from the field since 1965 to go into acting. Jim Brown played all the nine seasons on the field at Cleveland Browns, where he had a brilliant career as a running back.

Jim Brown’s advantage on the field was a scary (for his rivals) combination of size and speed, which helped him lead the league in rushing in all except one season of his career. Brown rush for over 1,000 yards seven times. Most of the time, it took more than one player from the rival team to take Brown down as his rugged style of running helped him slalom among them.

He ended his career with a momentous 12,312 rushing yards and 106 touchdowns, a performance that helps him stay with the best of all-time. In all nine seasons, Jim Brown was also named a Pro Bowler on the field and called an All-Pro eight times. 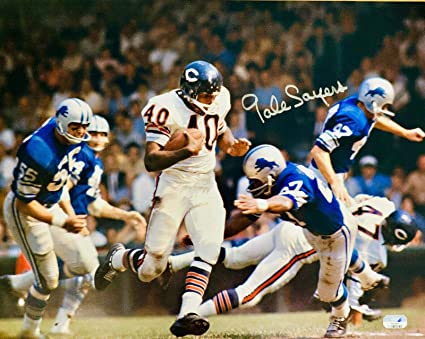 Gale Sayers had a short but very brilliant career of seven seasons, which he has spent with the Chicago Bears. However, as he has suffered multiple injuries, Sayers only played five seasons on the field.

Sayers impressed right from the beginning of his career as he succeeded in scoring 22 touchdowns in his rookie season and cross the goal line six times in one December game, a performance that George Halas called “the greatest football exhibition. I have ever seen.”

He was named Pro Bowl four times and All-Pro five times, and he was named to the NFL’s 75th Anniversary Team both as a halfback and a kick returner, making him the only player with two positions on the team.

Besides his football career, Sayers is also best known for his autobiography “I Am Third,” which was the basis for the 1971 movie Brian’s Song, a movie about the life of Brian Piccolo, one of Sayers’s Bears teammate who died of cancer. 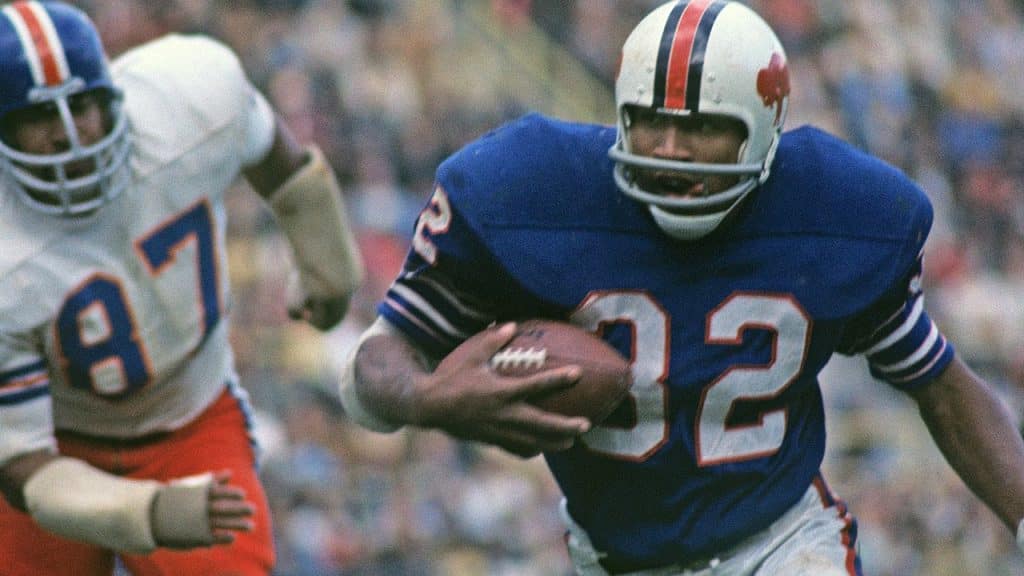 Putting all his post-football hijinks and legal issues aside, O.J Simpson was a legendary running back of all time.

Simpson played for Buffalo Bills and San Francisco 49ers, where he built his reputation as the best NFL rusher since Jim Brown, succeeding to be the first player to ever rush for 2,000 yards in one season.

Simpson was named a Pro Bowler six times, All-Pro five times, and also had the honor of being the 1973 MVP. He also won the rushing title four times and was named the second leading rusher of all-time at the time of his retirement. His career ended with 11,236 rushing yards and numerous titles, placing him on the list of the best NFL running backs of all-time.

The Chicago Bears icon, Walter Payton, is widely considered the best all-around running back of all time. Walter was also known as the “Sweetness,” a nickname that came from his personality off the field. However, his nickname had nothing to do with his performance during the game.

Payton was anything but sweet on the field, he was a bruising runner, and you can get this from his 110 touchdowns record.

Back then, during his career, Walter Payton’s performance on the field made him the greatest rusher of his generation, succeeding to end his career with 16,726 rushing yards, a record that still stands at second all-time.

Payton won a Super Bowl, MVP honors, and was also named a Pro Bowl nine times. At the end of his career, he was known as the leading rusher in NFL history. In both the NFL’s 1970’s and 1980’s All-decade teams, Walter Payton was named. 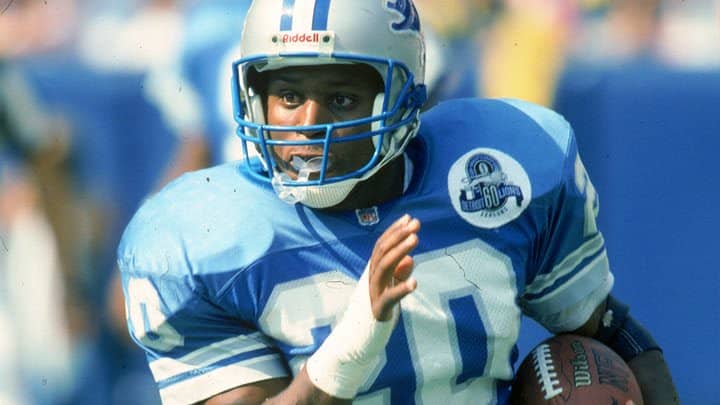 Perhaps the most “slippery” player NFL has ever had on the field, Barry Sanders is another player among the best running backs of all time. Barry Sanders played his entire career for Detroit Lions, where he became an NFL icon.

Sanders was known for his jukes and moves, which helped him make his rivals stop in their tracks and made history in NFL with his 15,269 rushing yards and 99 rushing touchdowns.

Some people still believe that Sanders’s career remains the biggest “what if” in NFL history as the running back retired from the field when he still had plenty of energy and skills left in the tank. Like Jim Brown, Barry Sanders was named a Pro Bowler in all ten seasons he played.

One year prior to his retirement, Sanders rushed for 2,053 yards, meaning the third-highest single-season mark in the entire NFL history. During the same season, Sanders obtained one more spectacular record after rushing for 100+ yards in an NFL record 14 games.

On the field, Sanders was a pro and a total freak that no defenses wanted to go near by any means. 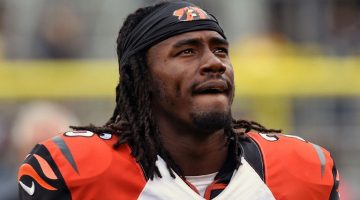 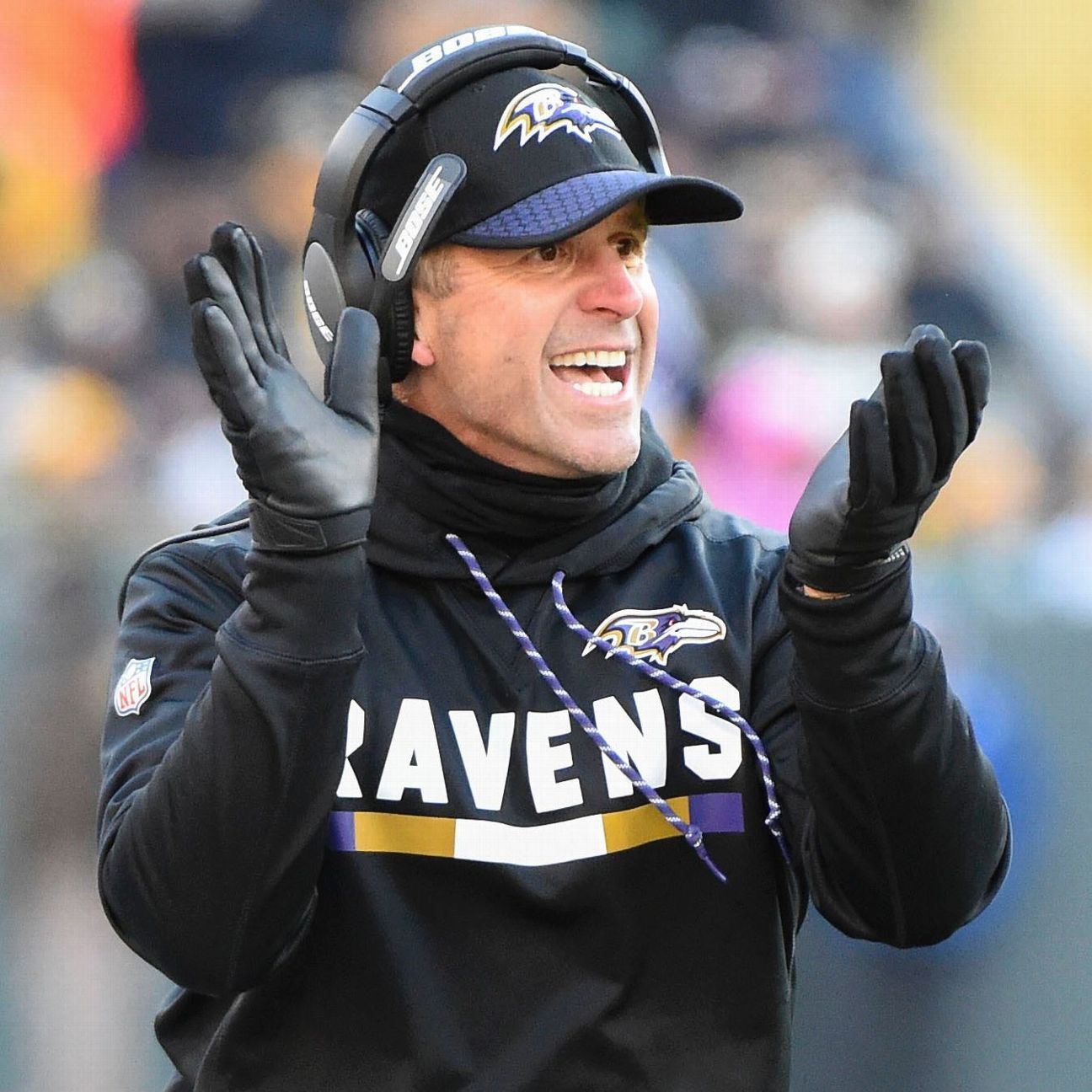 Harbaugh: Right to stick with Jackson over Flacco

8:30 PM ETWith the conclusion of the wild-card games, the playoff field was reduced to… 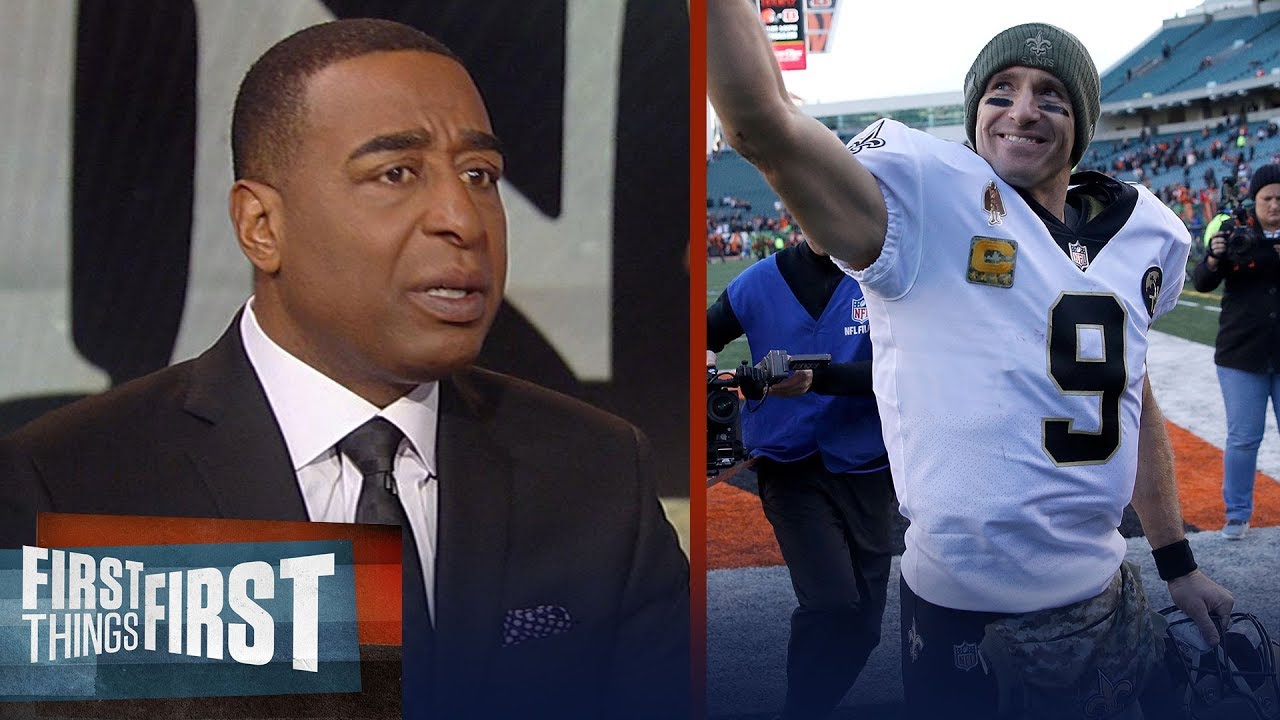 https://youtube.com/watch?v=HaW9-oMjxPg Cris Carter and Nick Wright go over the NFL on today's program. Hear them…