Home NFL Betting Advice Who is the best team, right now (after week 1), in the NFL?
1

As Week 1 of the 2020 NFL season finally comes to an end, there are a lot of teams that are looking like Super Bowl contenders.

A few of those teams are the Kansas City Chiefs, Baltimore Ravens, New Orleans Saints and the Seattle Seahawks.

Another team to look out for is the San Francisco 49ers, but they are coming off of a loss to a much less talented team and overall didn’t look as sharp as they did last year.

Ultimately, each of these teams has their own case for being the best team in the league after Week 1.

For the Chiefs, they are still the reigning champions after winning the Super Bowl last season. They just picked up a future star in the draft in Clyde Edwards-Helaire, they have arguably the best quarterback in the league in Patrick Mahomes and a have an above average defense. 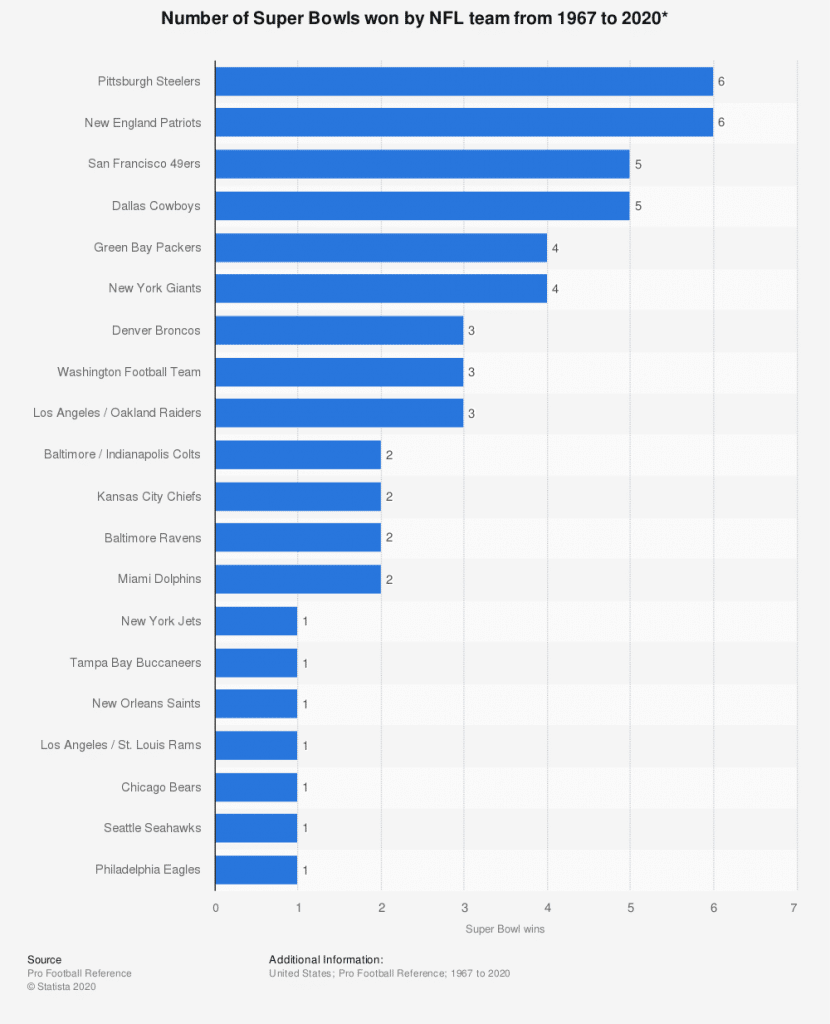 After watching the Chiefs do whatever they wanted against the Houston Texans offensively, it is clear that this offense will be near impossible to stop throughout the season, teams will just hope to slow them down as much as they can.

Then we have the Baltimore Ravens, who have the reigning league MVP in Lamar Jackson.

The Ravens unfortunately sputtered out in their first game of the playoffs last year, but I wouldn’t bet on that happening again now that the players have a little more postseason experience.

They continue to be near unstoppable much like the Chiefs offense and put the beatdown on the Cleveland Browns in Week 1, winning by a score of 38-6.

Their Week 1 win proved that they have an explosive offense with a defense that can shut down talented teams and that is a scary sight for other teams.

They also have created a three-headed monster in the backfield with Mark Ingram, Gus Edwards and new draftee J.K. Dobbins.

All three of those guys played incredibly well in their first game this season and will cause defenses a lot of problems due to teams not being able to game plan against one guy.

Another contender that is very similar to the two teams that are already mentioned is the New Orleans Saints.

The Saints were eliminated in the Wild Card round of last season which was a very big disappointment for a team that finished 13-3.

However, they are hoping that this is the year they finally get past through the postseason and book a trip to the Super Bowl.

They are already off to a good start after a very big win in Week 1 against the Tom Brady led Tampa Bay Buccaneers.

Many considered the Bucs to be Super Bowl contenders and that they were going to upset the Saints in this matchup, but that didn’t happen this time.

The Saints won by double figures and didn’t even look as great offensively as many were expecting, nonetheless they still scored 34 points in the game.

They have one of the most dangerous offense in the NFL with future hall of famer Drew Brees at quarterback, Offensive Player of the Year Michael Thomas and young sensation Alvin Kamara.

They were also able to pick up Emmanuel Sanders in free agency and Jared Cook last season to really make this offense impossible to game plan against.

This is not to mention their much-improved defense compared to their seasons prior and should be a big key in their run for the Super Bowl.

A team that doesn’t have many defensive issues is the San Francisco 49ers. They have lost their Week 1 matchups against the Arizona Cardinals which is not a great start for a team that is coming off of a season where they appeared in the Super Bowl.

But still, this team remains a threat to win the championship again this year due to their outstanding defense that they have built, including former Seahawk Richard Sherman and defensive rookie of the year Nick Bosa.

However, their offense leaves much to be desired and isn’t that much of a threat.

While they do have a few good running backs and one of the best tight ends in the league, they really don’t have many threats at the wide receiver position outside of the young Deebo Samuel.

Samuel is currently missing time right now after he injured his leg during the offseason so that wide receiver core is now thinned out even more than it already was.

They will need to get a far better passing attack if they want to keep up with teams like the Chiefs, the Ravens and the Saints.

Another team that hasn’t had much defensive struggles has been the Seattle Seahawks. This team used to have the Legion of Boom, which was the nickname for their defense a few years back when they had won the Super Bowl.

Even though they don’t have that nickname anymore, they still have a load of defensive talent that is going to make it incredibly hard to score on.

They have multiple all pros in this unit, such as Bobby Wagner and Jamal Adams and each of those guys are able to lead the defense and fly all over the field making plays.

On the offensive end, they have the runner-up for MVP last season in Russell Wilson, a strong running back in Chris Carson and a fantastic wide receiver duo with Tyler Lockett and D.K. Metcalf.

The Seahawks may not be the most talked about team in the NFL, but they certainly deserve to be in that conversation just looking at their roster.

But overall, only one team in the NFL can officially be titled as the best in the league and this decision is definitely a hard one to make.

At the end of the day, I think the number one team in the league this season is the Kansas City Chiefs, due to how dominant they looked on both sides of the ball in Week 1 against the Texans, and the fact that they are still reigning champions.

They have also come back with even more talent than last season as I stated earlier, so if you haven’t already, watch out for those Chiefs.