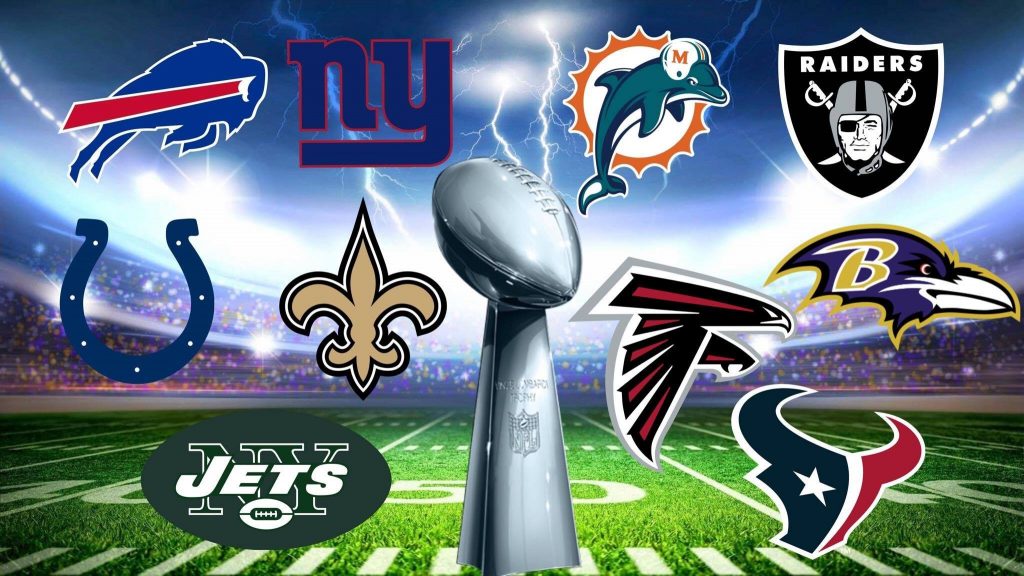 The 2016 National Football League season enters Week 11. Before you know it, we will be coming up on Super Bowl 51 to be held on Feb. 5 at NRG Stadium in Houston.

Millions will wager on the game and millions more will choose from a plethora of proposition bets.

Those prop bets related to the game but not actually affecting its final outcome.

It was over 30 years ago when the first proposition bet was introduced for the Super Bowl.

It was Super Bowl XX and the proposition bet was whether or not a touchdown would be scored by Chicago Bears defensive lineman William “Refrigerator” Perry (he did!).

Each year, though, there are all sorts of crazy off-field bets. These are usually associated with the game’s halftime entertainment that are introduced.

One of the proposition bets at Super Bowl 50 last year was whether or not ‘Left Shark’ (he of Katy Perry fame from the previous year) would make a special guest appearance.

Here’s a recap of some of the more off-the-wall proposition bets over the years and what to expect for Super Bowl 51.

Past Proposition Bets and what 2017 could bring

In 2012, New England faced the New York Giants in Super Bowl XLVI. An on-field wager that you could expect to see again in 2017 was related to the first score of the game.

Normally, teams will score on a touchdown or a field goal. If you bet in 2012 that the first score of the Super Bowl would be a safety, you would have won.

Patriots quarterback Tom Brady attempted to throw the ball away from his own end zone.

The problem was that he was not outside the pocket, which makes the play illegal.

Intentional grounding was called on the play and when that happens from one’s own end zone, the result is a safety.

It was also a great bet in 2014 when, on Denver’s first possession of the game, quarterback Peyton Manning couldn’t handle the shotgun snap from center.

The ball landed in the end zone where Seattle linebacker Cliff Avril tackled Broncos RB Knowshon Moreno for a safety.

Newton was the NFL’s Most Valuable Player and Manning was near the end of a brilliant, Hall of Fame-caliber career.

There were numerous bets involving both players.

Would Manning announce his retirement at the end of the game was a popular bet at 5/1.

Would the veteran QB be seen crying at any point during the broadcast was another.

For Newton, a popular prop bet was the number of times that he would perform the open-shirt Superman motion during the game.

Predicting a Panthers’ victory, many people bet on the Over 2.5. They, of course, lost.

Toss of a Coin Prop Bets

Super Bowl proposition bets that have been around for decades include those related to game’s opening coin toss.

There are a variety of bets in this area including the result of the flip – will it be heads or tails?.

Bettors can also wager on the team to win the coin toss.

As well as placing a bet on whether or not the team that wins the coin toss will end up winning the game.

Bettors can also bet on whether the team calling heads or tails will be correct.

These are bets that will be available prior to Super Bowl 51 in February.

Some of the most fun and exciting proposition bets involve the halftime entertainment.

This year’s halftime performer will be Grammy winner Lady Gaga.

A popular bet in the past has been which song the halftime performer will play first.

When Beyonce played as part of last year’s show that included Coldplay and Bruno Mars, there was a prop bet available on the color of footwear that she would be wearing.

When Lady Gaga sang last year’s national anthem prior to the game, there was even a bet on how long the performance would take.

Imagine the craziest of scenarios – like Denver wins Super Bowl 50 and Donald Trump wins the 2016 presidential election – and you can likely bet on it come Super Bowl time.

Oh, you actually could have placed that bet on the Super Bowl and election… at 7/1 and been a winner. Prepare for any number of proposition bets in 2017.