The Kansas City Chiefs were the NFL's surprise team in the league's first two weeks. The Chiefs went to Foxborough and beat New England and then defeated Philadelphia a week later. A 5-0 start was stopped by the Steelers, who defeated Kansas City at Arrowhead Stadium 19-13 in week 6. The loss ushered in a vulnerable state for Kansas City. The Chiefs lost six out of seven games following their loss to the Steelers. Luckily Andy Reid's team won its final three games of the season, including a week 17 win over the Denver Broncos, 27-24.

The Chiefs haven't won a home playoff game in over two decades, but the team hope to end that streak under Reid. Kansas City is far hotter going into this game than Tennessee. The Chiefs won three straight games to finish the year. Tennessee was on a three-game losing streak, and needed a week 17 win to get into the playoffs. The team was also helped by Cincinnati defeating Baltimore.

Tennessee hasn't been in the playoffs in nine years, and the team's lack of postseason experience could haunt it. The Titans were 3-5 on the road in 2017, while the Chiefs were 6-2 at Arrowhead. Add in the Titans' -22 points difference in the regular season, and it may be a quick exit for the team from Music City.

The Atlanta Falcons overcame a three-game losing streak in the middle of the season and found consistency. Last year's NFC Champions finished 10-6, and go to Los Angeles on Wild Card weekend.

The Falcons were eighth in the NFL in yards per game with 364.8. However, the Rams led the league in scoring as they averaged 29.9 points a game. The team also has a potential NFL Most Valuable player in Todd Gurley. But Atlanta could stifle the Rams' offense by keeping it off the field. Atlanta's time of possession per game was 29:50. If the Falcons are to win on Saturday, they need to keep the ball for long periods.

The Rams are only 4-4 at home this season. The team did far better on the road, posting a 7-1 record. If the team gets through Wild Card weekend, then perhaps it will have a chance of making it to Super Bowl LII. The Falcons posted a 5-3 away record. The problem for Atlanta has been reigning MVP Matt Ryan and his offense's inconsistencies. Ryan was better over the last three NFL weeks, but against the Rams, he will need to be even better. 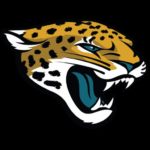 The Buffalo Bills just eked into the NFL postseason, and their reward is a trip to Jacksonville. It has been a long time coming for both the Bills and Jaguars to make the NFL Playoffs. Buffalo hasn't been in the postseason in 17 years. Jacksonville has waited nine.

Jacksonville went from being a highly touted team to being less highly thought of. The Jags lost their final two games of the regular season by a combined 59 points. Buffalo got in by winning four of their last six games.

The Bills passing game has been anemic this season. Although Tyrod Taylor has won games and played well much of the time, he only threw 14 touchdowns and accumulated 2,799 yards through the air. In contrast, Jags quarterback Blake Bortles tossed 21 scores, but his 13 interceptions have left many feeling he isn't the man to lead a team through the postseason and into the Super Bowl. Bortles had been cruising through the season until week 16 against San Francisco. He threw three picks and followed it up in week 17 against Tennesse with two more.

Perhaps home-field advantage will be Jacksonville's saving grace. The team is 6-2 at home while Buffalo is 3-5 on the road. 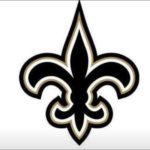 These two NFC South rivals finished the regular season with losses. The Carolina Panthers were beaten 22-10 by Atlanta, while the New Orleans Saints were shock losers to the Tampa Bay Buccaneers 31-24. Of the two losses, the Saints should be more worrying.

Drew Brees has had a very un-Brees season. Despite tossing 23 touchdowns, Brees has only thrown for 300 or more yards three times in 2017. Carolina held him to 220 and 269 yards, respectively, in the teams' regular season meetings. However, both games were won by the Saints. The Saints outscored the Panthers 65-34 combined in the two meetings.

Despite Brees' passing numbers, the Saints pass attack was fifth in the NFL. Carolina's was a meager 28. The Panthers running game did finish fourth during the regular season, but the Saints were fifth. In terms of offense, the Saints weapons are more plentiful. Meanwhile, New Orleans defense should give Cam Newton headaches all game with its pass rush.

New Orleans was 7-1 in the Superdome during the regular season. It is difficult to beat the same team three times in one year in the NFL, but the Saints are too strong on both sides of the ball.

Matchbets Review - Enjoy putting your wagers against other players as a Matchbet or let it ride on the regular sportsbook. You have the choice at Matchbets and there's a deposit match to $500 bonus offer for all brand-new gamers.