Week 14 NFL Picks Against the Spread 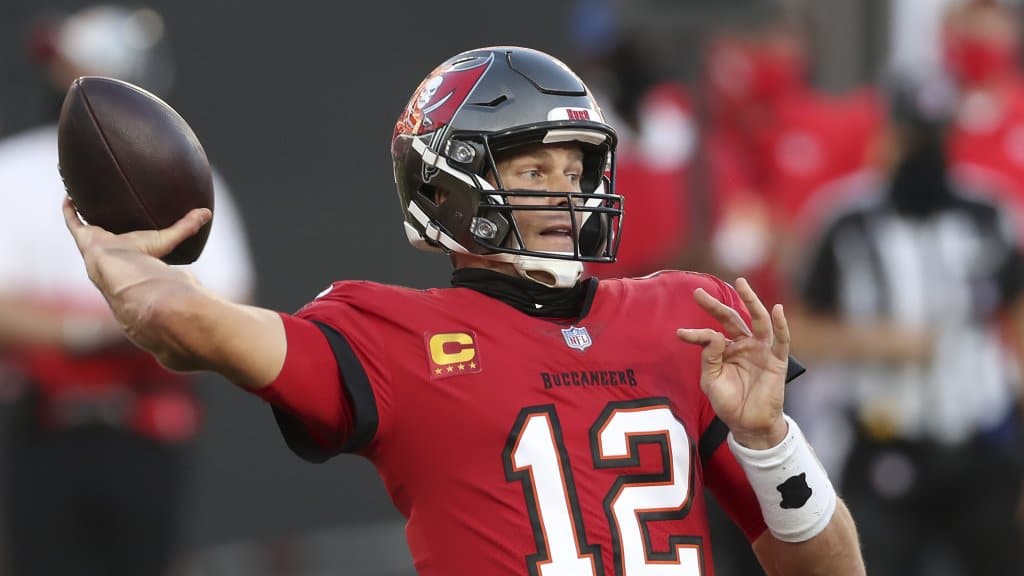 We’re down to the final four weeks of the NFL regular season, and while many things have changed during this crazy year, one thing has remained constant. Tom Brady is still money against the spread following a loss. He proved that again in Tampa Bay’s last outing, engineering a fantastic back door cover, and he’ll look to pull off the feat in Week 14 against the Minnesota Vikings.

Brady is 4-0 ATS this season following a loss, and 34-12 against the number after a defeat in his career. The Buccaneers opened up as a 6.5-point favorite over the Minnesota Vikings this week, in one of the highest total games on Sunday’s slate.

Tampa’s offense has stalled over the last two games, but a date with Minnesota is the perfect get right spot. The Vikings have allowed an average of 27.3 points per contest over their last three outings, despite facing bottom feeders Dallas (who they lost to), Carolina, and Jacksonville. They needed a miracle to beat the Panthers, and squeaked by the Jags in OT.

If the Bucs beat the Vikings next week, their playoff chances shoot up to ~94%, a loss and they plummet to ~53%

Biggest game of the season upcoming

If you look at each of the Buccaneers loses you’ll notice a common trend: They’ve all come against teams that rush the passer well. Unfortunately for Minnesota backers, the Vikings don’t fall into that category. They rank 24th in adjusted sack rate and bottom-10 in QB hit rate. Give Brady time to throw and he’ll burn you. He has a 25-6 TD-to-INT rate in a clean pocket, but just a 3-5 TD-to-INT rate under duress. His completion percentage is 26.5 points higher when kept clean, and his passing grade from Pro Football Focus nearly doubles with no heat in his face.

The Bucs rank 1st in NFL run defense, but that's only part of the story.

No individual rusher has gone for more than 60 yards on them in 2020. Closest was Christian McCaffrey w/ 59 yards, next is Taysom Hill w/ 54 yards.#Vikings & Dalvin Cook have quite a challenge on Sunday.

Also working in Tampa Bay’s favor is its stout run defense. The Vikings run the ball at the league’s sixth highest clip, but no individual rusher has cleared 60 yards on the ground against the Bucs this season.

Next up, we’re going to pick on the lowly Los Angeles Chargers again. Fresh off an embarrassing 45-0 shellacking at the hands of the New England Patriots, the Chargers are 2.5-point underdogs to the visiting Atlanta Falcons.

LAC is just 9-18 ATS at home under head coach Anthony Lynn, and are the second worst team in the league by weighted DVOA over the last three weeks.

Atlanta is certainly no juggernaut, but is much stronger than its 4-8 record suggests. They narrowly missed beating the 10-2 New Orleans Saints last week, and have blown three 4th quarter leads this year in spectacular fashion.

Since Raheem Morris took over for Dan Quinn following Week 4, they’ve allowed just one team to exceed 24 points against them. That was Denver in Week 9, and it took the Broncos 3+ quarters to score their first touchdown.

The Falcons are just one game removed from pasting the 7-5 Las Vegas Raiders, and even without Julio Jones, a matchup versus the Chargers defense is not one to fear. The Bolts have surrendered at least 27 points in nine straight games.

Last, but not least, we’re going to fade the Buffalo Bills as 2.5-point favorites over the Pittsburgh Steelers. This game actually opened Pittsburgh -1, but has seen a ton of movement in Buffalo’s favor. The main reason is likely due to heavy recency bias. The Bills were dominant on Monday in San Francisco, while the Steelers suffered their first loss of the season to Washington.

Josh Allen shredded a banged up 49ers squad but don’t expect the same outcome versus the NFL’s number one ranked defense. The Steelers rank fist in pass rush productivity, coverage and run defense according to PFF, and are undefeated on the road. They’ve allowed just one team to exceed 24 points against them, and Mike Tomlin thrives as an underdog.

He’s 2-0 as a ‘dog this season, and 17-5 ATS as a road underdog versus winning teams in his career. Also working in Pittsburgh’s favor is the return of James Conner, who’s missed back-to-back games due to COVID. The Steelers averaged just 2.6 yards per carry in his absence, and the Bills are PFF’s worst graded run defense.