Vikings vs Saints Odds, Lines, and Spread for Week 16 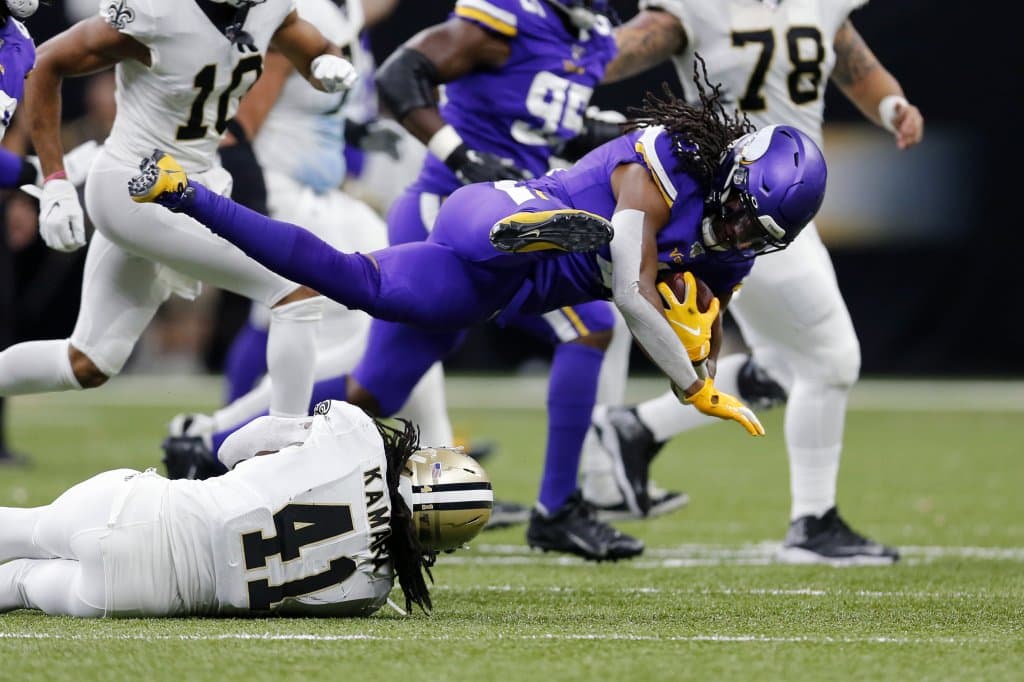 Facing the Minnesota Vikings on Christmas Day, for the third straight week the New Orleans Saints sit one victory away from clinching the NFC South title for the fourth season in a row.

The 6-8 Vikings could be just what the doctor ordered for the 10-4 Saints. Last week’s 33-27 loss to the Chicago Bears left Minnesota with just a three-percent chance of qualifying for the NFL playoffs. Both teams have lost the last two games they’ve played.

New Orleans opened as the 7-point home favorites over the Vikings, and that’s where the betting line remains. However, the Saints are a disappointing 3-4 at home against the spread and just 3-3 ATS as the home chalk.

Kickoff is set for 4:30 pm EST at the Mercedes-Benz Superdome, the same place where the Vikings upset the Saints in last season’s NFL playoffs. The forecast calls for 52 degrees, clear skies and 12mph wind, but since they’ll be playing indoors, that’s not really relevant.

Saints In a Brees

Last week’s loss to the defending Super Bowl champion Kansas City Chiefs was the first game back for Saints quarterback Drew Brees. He missed four games due to fractured ribs and a punctured lung.

Brees started 0-for-6 with an interception against KC. Then he shook off the rust, finishing with 234 yards passing and three touchdowns.

The Vikings are 24th in the NFL at defending the pass, which doesn’t bode well facing Brees. He’s completing 70.5-percent of his passes this season.

See How They Run

Two of the NFL’s top rushing offenses will be in action in this game. Minnesota ranks fifth in the NFL (147.7 yards per game). New Orleans is seventh overall (131.8 ypg).

Vikings running back Dalvin Cook is second in the NFL with a career-high 1,484 yards on the ground. His 15 rushing TDs leave him in a tie for the league lead in that category.

The difference is that New Orleans is also effective at stopping the run, while Minnesota is not. The Saints allow just 95.6 yards per game on the ground. That’s fourth in the NFL

The Vikes are 23rd (125.6). The Bears sliced through Minnesota’s defense for 199 yards rushing last week.

The playoff mission for the Vikings is simple. They must win out, hope Arizona goes 0-2 and Chicago is no better than 1-1.

It's football under the tree on Christmas Day! 🌲🎁🏈

The @vikings take on the @saints in an NFC matchup!

Minnesota is 0-5 ATS over the past five games. Though they are 0-7 straight up the last seven times they’ve been an underdog of seven or more points, the Vikes are 5-2 ATS in those games.

The Saints are 1-4 ATS the last five times they’ve been favored by at least a touchdown. That includes an 0-2 slate this season.