Updated Odds to Make the NFL Playoffs Ahead of Week 17 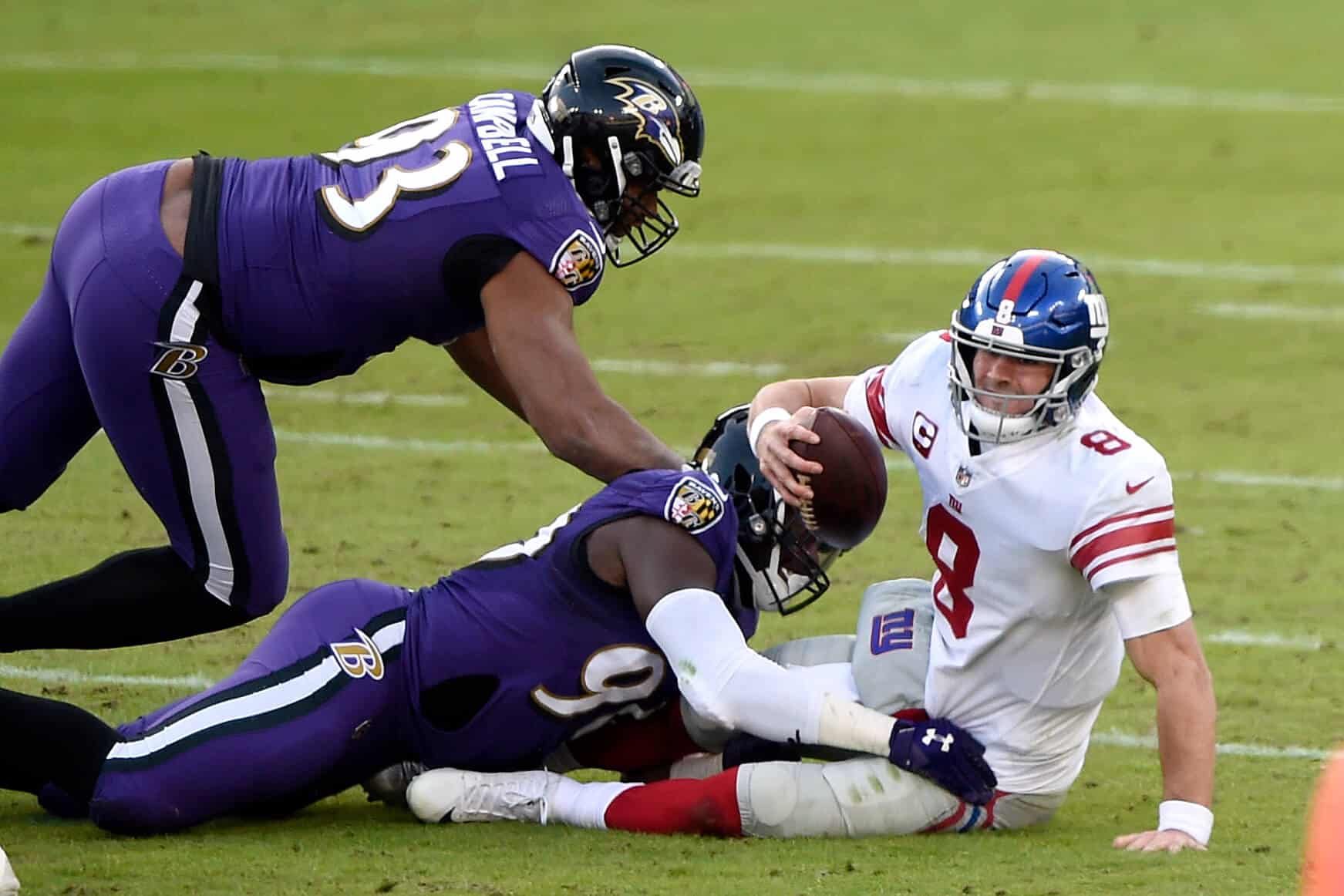 The NFL playoff field is halfway set going into the final week of the regular season, which means there are still quite a few spots to fill in the expanded 14-team field.

In the AFC, the Kansas City Chiefs, Buffalo Bills and Pittsburgh Steelers have qualified. So have the Green Bay Packers, New Orleans Saints, Seattle Seahawks and Tampa Bay Buccaneers in the NFC.

That leaves seven spots remaining, four on the AFC side and three in the NFC. Five AFC teams remain alive for the postseason while six NFC teams are in contention.

Let’s look take a look at each conference and the NFL playoff odds.

The Tennessee Titans’ odds have improved from last week when they were -12500 and so have the odds for the Miami Dolphins (+190).   Meanwhile, the odds for the Cleveland Browns (-1610) and  Indianapolis Colts (-1317) faded. The Baltimore Ravens did not have odds listed last week.

The Titans (10-5) have the inside track on a spot despite losing to the Packers 40-14 in Green Bay on Sunday night. Their chances were helped by the Colts (10-5) also losing to the Steelers 27-24 in Pittsburgh earlier in the day.

Here is a look at every team’s chances:

In case you need your mind blown this morning, here's every possible permutation of the remaining AFC playoff spots based on Week 17 results, via @NFLResearch. 🤯 pic.twitter.com/Fh3hok0O2M

The Titans will win the AFC South if they beat the Texans (4-11) on Sunday in Houston because they hold the tiebreaker over the Colts, who finish at home against the Jacksonville Jaguars (1-14). The Titans are 7.5-point favorites and the Colts are whopping 14-point choices.

The Colts can capture the division with a win over the Jaguars coupled with a Titans’ loss.

The Titans and Colts are two of five AFC teams with 10-5 records along with the Dolphins, Ravens and Browns. One of those teams will miss out on the postseason despite having double-digit victories.

The Dolphins, Ravens and Browns will all reach the playoff as wild cards with wins. The Colts must win and have one of those other three teams or the Titans to lose.

The Colts-Jaguars is one of many games affected by the NFL’s schedule shuffle on Sunday.

Our week 17 kickoff has been moved to 4:25pm ET on CBS. #JAXvsIND pic.twitter.com/AO5VjzDiFw

The Dolphins visit the AFC East champion Bills (11-3) and are 3.5-point underdogs. The Ravens are 11.5-point picks to beat the Bengals (4-10-1) in Cincinnati. The Browns host the Steelers (12-3), winners of the AFC North, and are seven-point favorites.

The Chiefs have also wrapped up a division title, their 14-1 record good for first in the AFC West as well a first-round bye and home-field advantage throughout the AFC playoffs.

The East remains the only division undecided and three teams have an opportunity to take the title.

The Washington Football Team (6-9) has the most-simplified path. It just needs to beat the Eagles (4-10-1) in Philadelphia on Sunday night as a 1.5-point favorite to finish first.

However, all Washington had to do this past Sunday was win, but instead lost to the Carolina Panthers 20-13 at home.

The Washington quarterback situation is muddled after Dwayne Haskins was released Monday. Alex Smith (calf) will start if healthy. If not, journeyman Taylor Heinicke will make his second NFL start.

The Dallas Cowboys (6-9) and New York Giants (5-10) are also still alive and face each other in the Meadowlands. If Washington loses, the winner of this game becomes the NFC East champion. The Cowboys are favored by three points.

The Rams make the playoffs if they defeat the Cardinals at home as 1.5-point favorites. However, Los Angeles quarterback Jared Goff will miss the game after undergoing thumb surgery. Backup John Wolford has never taken a snap in the regular season during his two-year career.

John Wolford was our QB w/ the Arizona Hotshots of the AAF…he is smart, savvy and the primary reason we were the best team in the league…the Rams scheme suits him well, I am jacked to watch him play…pic.twitter.com/5CyL44rY4A https://t.co/1MJifI41Nf

The Cardinals will advance if it wins while the Bears can do the same if they can knock off the NFC Central-winning Packers at home as 5.5-point underdogs.

Who’s Going to the Playoffs?

Look for form to hold in both conference with no Week 17 upsets.

Thus, in the AFC, it will be the Titans, Ravens and Browns making the playoffs and Dolphins going home. Washington, the Rams and Bears will qualify on the NFC side and the Cardinals will be the odd team out.