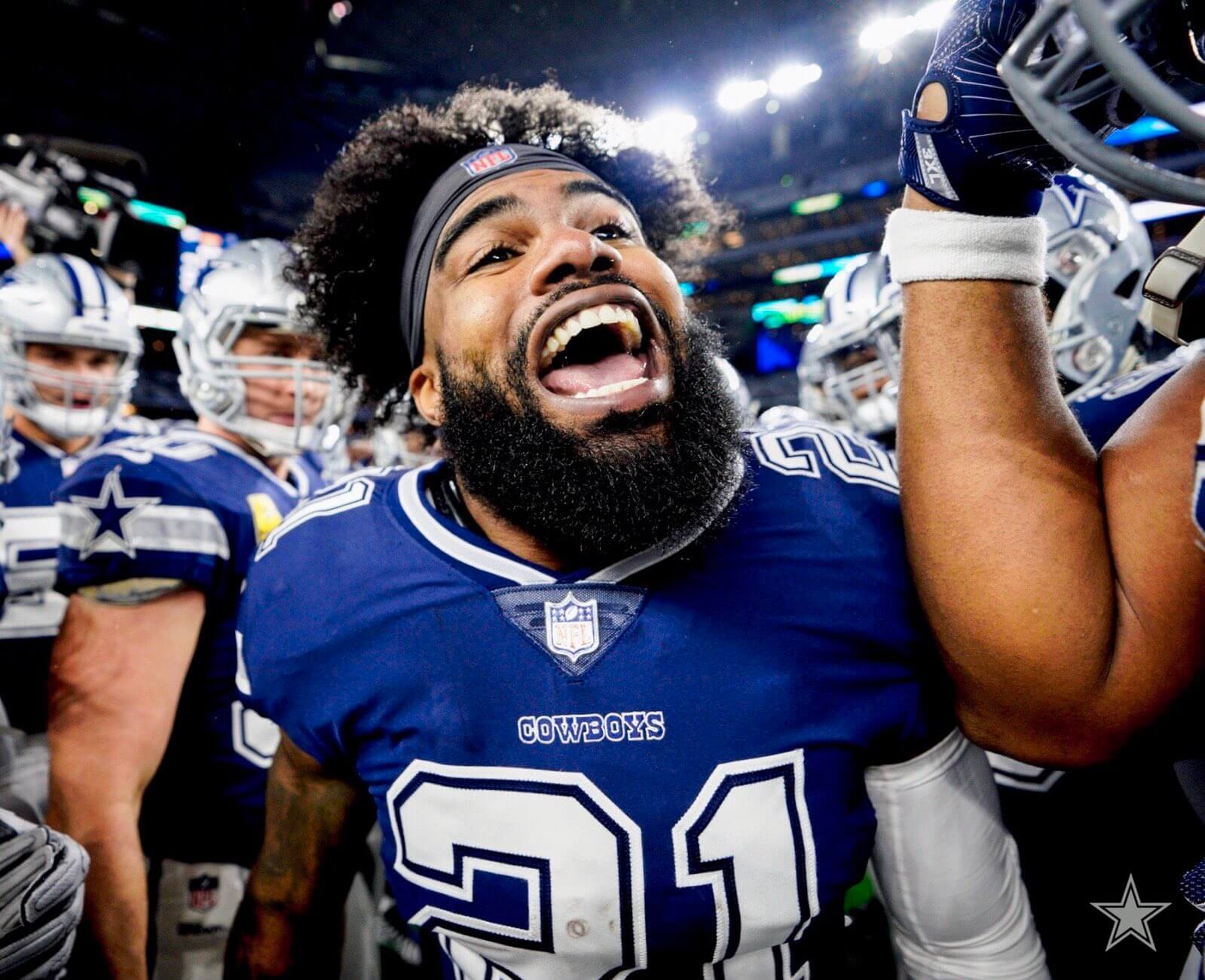 Zeke has officially been fed. Photo from @dallascowboys (Twitter)

What is Ezekiel Elliott worth to the Dallas Cowboys? Not that much this week against the New York Giants in the opinion of the oddsmakers at the top sportsbooks.

Perhaps taking that into consideration, Elliott’s return had no impact upon the line on the game. Dallas remains a seven-point favorite in the Giants vs Cowboys odds at most leading sportsbooks.

How Will Cowboys Utilize Elliott?

Breaking: The Cowboys and RB Ezekiel Elliott have agreed to a 6-year, $90 million contract extension with $50 million guaranteed.

Elliott averaged 59.3 snaps per game last season, and touched the ball on nearly 43 percent of those snaps, so 20-25 snaps is quite the downturn from his usual workload. That should benefit the Giants.

Elliott led the NFL in rushing with 1434 yards last season, the second time he’s done so in the last three years. His value to what the Cowboys do on offense can’t be downplayed.

Does The Line Favor Giants?

It’s the first time since 2015 that the Cowboys have been favored by at least seven points against the Giants. The last time they were given this wide of a margin in the point spread was in the opening week of the 2015 season. Dallas failed to cover, winning 27-26 as the seven-point chalk.

.@dallascowboys owner Jerry Jones explains the $90 million contract extension with @EzekielElliott: “I’m $100 million lighter as of this morning. Zeke has been arguably our best player… he’s an incremental part to our success.” pic.twitter.com/Tj8yFTnwTM

Last season, the Cowboys beat the Giants 20-13 as three-point favorites and also won 36-35 as 7.5-point underdogs. Dallas is 4-0 against the spread in their last four meetings with the Giants.

Prior to that, the Cowboys went 0-3-1 ATS in their previous four games playing the Giants.

Should You Take The Points?

The Cowboys are 2-1-1 the last four times they were favored by at least seven points. Overall, Dallas was 9-8-1 ATS last season.

The Cowboys have won by seven or more points at home against the Giants just three times in their last 10 meetings. The total has also gone under 45.5 in the last three Giants-Cowboys games at Dallas.

There is uncertainty in the Dallas camp. No, the Giants are not the better team. But Saquon Barkley, their ace back, is primed and ready to role.

This has trap game written all over it for Dallas.