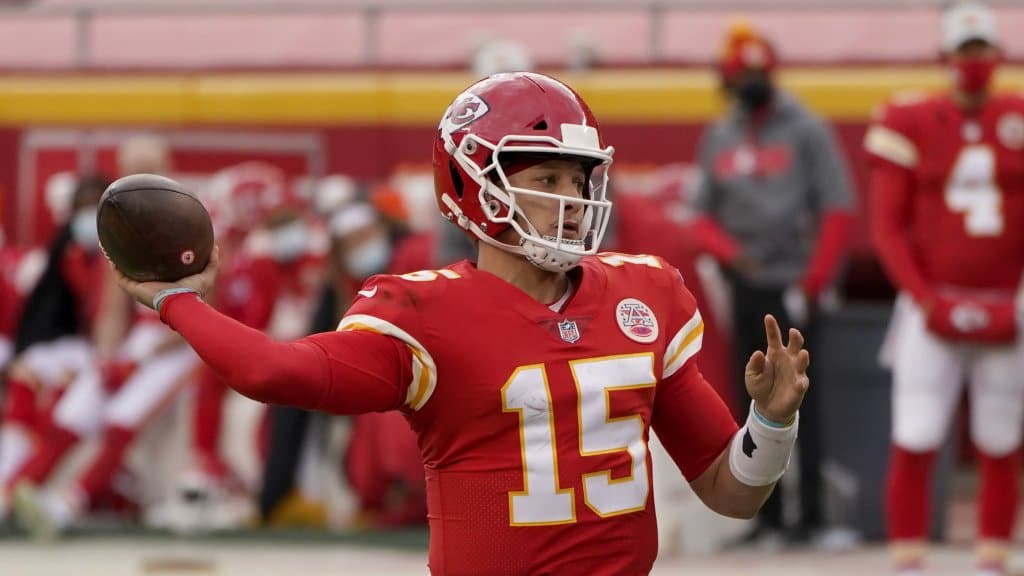 Last year’s Super Bowl MVP is favored to repeat this year, according to the opening odds.

Let’s take a deeper look at the odds.

It certainly makes sense that Mahomes is the top pick as the Chiefs are heavy favorites to repeat as Super Bowl champions.

The youngest player ever to be league MVP and Super Bowl MVP. What a start to the career of @Chiefs QB @PatrickMahomes. pic.twitter.com/t8hPpCkkdI

The Chiefs finished the regular season with the best record in the NFL at 14-2. That gives them one of just two byes into the divisional round of the postseason and assures them of having home field advantage at Arrowhead Stadium throughout the playoffs.

Mahomes is also having another outstanding season. He has completed 66.3% of his passes for 4,740 yards and 38 touchdowns with six interceptions.

Mahomes’ average of 316.0 passing yards a game is also top in the NFL as he sat out the Chiefs’ 38-21 loss to the Los Angeles Chargers in Sunday’s meaningless finale.

Here’s your Patrick Mahomes fix since Chad Henne gets the start 😎 pic.twitter.com/pumxqMHeGA

Despite being 25, Mahomes is also a proven postseason performer. He led the Chiefs to their first Super Bowl title in 50 years last season after taking them to the AFC Championship Game in 2018 in his first year as a starter.

Mahomes has a 4-1 record in five career playoff starts with a 62.5% completion rate, 1,474 yards, 13 touchdowns, and just two interceptions.

While Rodgers is the second choice to be Super Bowl MVP, he is the odds-on favorite to be the NFL MVP in the regular season. Rodgers led the Packers to the best record in the NFC at 13-3, also giving his team a bye and home-field advantage in the conference playoffs.

Aaron Rodgers, we are not worthy 🙌#GoPackGo #MVP pic.twitter.com/ChO1XqYAWl

As far as postseason play, Rodgers’ record is 10-8 and he has led the Packers to the Super Bowl only one time when they beat the Pittsburgh Steelers to complete the 2010 season. He was MVP of that game with 304 yards passing and three TD throws.

Amazingly, the regular season MVP has wound up on the losing team in the Super Bowl 17 times. Thus, history does not bode particularly well for Rodgers.

Three of the past five Super Bowls have been quarterbacks, not a surprise in a league that has become dominated by passing

After 60 Broncos seasons, an appreciation:

My favorite playoff wins, counted down:

The trend suggests a QB will win the award, which is why the top six players on the board all play the position. However, the chances of a quarterback winning MVP are not as strong as the regular season when a QB has captured the award the last eight seasons.

While Mahomes and Rodgers might look like the best bets, don’t be so sure they are locks to be this year’s Super Bowl MVP.

Working against Mahomes is that no team has repeated as Super Bowl championship since the New England Patriots in 2003 and 2004. And the previously mentioned history does not make Rodgers’ prospects look promising.

This is starting to look like Brees’ final season and the Saints are good enough to send the 41-year-old out a winner before he joins NBC’s Sunday Night Football telecasts.

The ball placement from Drew Brees on this throw yesterday was absurd. Also, Callaway is a damn good player already. pic.twitter.com/1wHmNTOCo7

The Ravens enter the playoffs as hot as any team in the league with five straight wins. Jackson also has plenty of incentive after what happened to the Ravens last January.

And for a bit of a longer shot, let’s go with Bills wide receiver Stefon Diggs at +4000. Both he and Buffalo are having magical seasons Diggs led the NFL with 127 receptions and 1,535 receiving yards.