Odds Say Chris Jones, Dak Prescott, and Ryan Tannehill Will All Be Given Franchise Tag 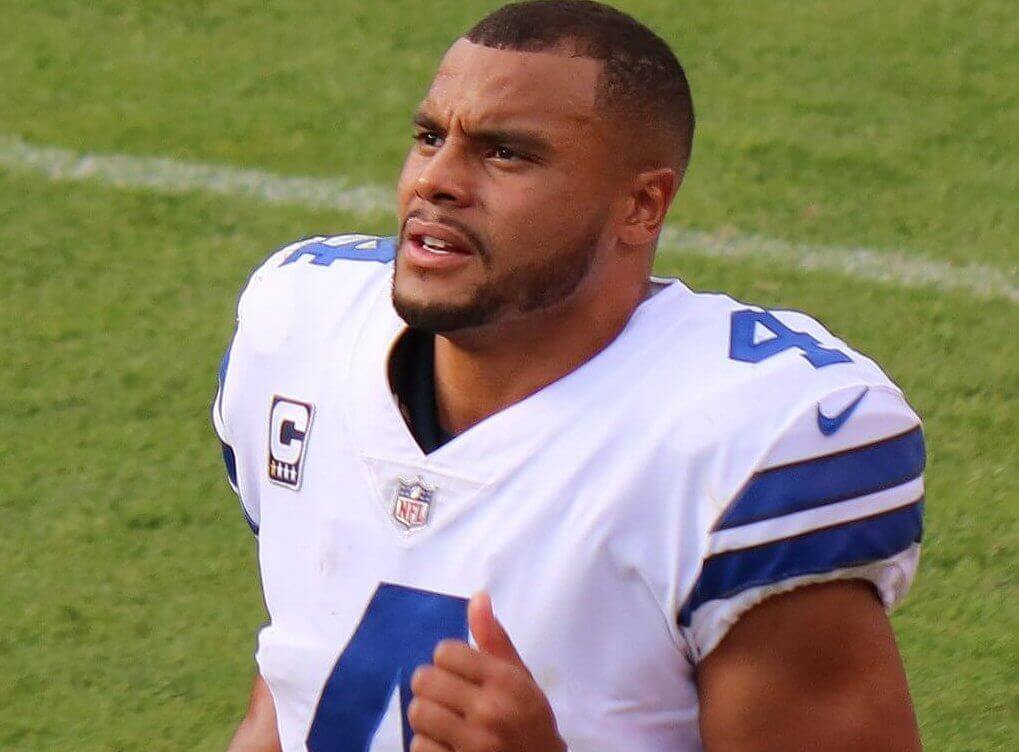 Dak Prescott has -500 odds to be given the franchise tag by the Cowboys. Photo by Jeffrey Beall (Flickr).

The Super Bowl is in the rearview mirror, and now the other football season begins. The focus shifts to the draft, free agency, and franchise tags.

When it comes to the latter, three big names are likely to be given the tag according to the latest odds with Dak Prescott at -500), Ryan Tannehill at -500, and Chris Jones at -300.

Odds to Be Franchise Tagged in 2020

Will Dak Get a Deal in Dallas?

The headliner of the group is undoubtedly the Cowboys quarterback. According to ESPN’s Adam Schefter, Dallas is likely to franchise tag Prescott, as contract talks have stalled between the two parties. Locking down Dak for another season is the most sensible move for the Cowboys because, quite frankly, Dak is a hard player to figure out.

He had a good statistical season in 2019, throwing for 4,902 yards, completing 65% of his passes, and compiling a 30-11 touchdown-to-interception ratio. On the other hand, the Cowboys went 8-8 and missed the playoffs. At the end of the day, a quarterback’s value is tied to the success of his team.

As contract extensions go, a big part of the reason that talks have stalled is that Prescott sits somewhere in the middle of the quarterback hierarchy. He’s not Patrick Mahomes, who is so good that he should be given a blank check, and he’s not Mitch Trubisky, who was average to begin with and seems to be getting worse.

Dak shows flashes of greatness and his people believe he’s worth a major deal. But Dak also has failed to make playoff runs in Dallas, and the organization is skeptical of backing up the Brinks truck.

Do the Titans Tag Tannehill?

Ryan Tannehill didn’t have to do much for the Titans in their first two playoff games, and many of the national talking points on Tennessee were dismissive of the quarterback. It didn’t help that the team was outscored by Mahomes and Kansas City’s potent passing attack in the AFC Championship.

In that game, though, Tannehill was good. He went 21-of-31 for 209 yards, along with two touchdowns and no turnovers. That stat line was more in tune with what the quarterback was in the entirety of the season, in which he averaged 228.5 yards per game, completed 70.3% of his throws, and threw 22 touchdowns to just six interceptions all year.

Most importantly, the team was 9-4 in games he started, and they reached a conference championship game.

Tannehill isn’t a top-five quarterback in the league, but for Tennessee, he gets the job done. They are a team built around Derrick Henry and a great run-blocking offensive line. At quarterback, they need someone who’s efficient, makes defenses respect the pass, and doesn’t turn the ball over. Tannehill fits that bill.

After getting all the way to the AFC Championship, this franchise believes they can win with what they have constructed. Keeping Tannehill in place for another year with a franchise tag is the direction Tennessee will likely go in.

Will Chris Jones be a “Chief for Life”?

Chiefs’ defensive tackle Chris Jones has said exactly that in regards to his contract status, but it’s far easier said than done. Kansas City is now entering the stage in which they have to defend their championship, and that is a tall task in more ways than one.

Not only will the Chiefs take everyone’s best shot on the field, but they’ll take agents’ best shots off the field, too. After most Super Bowls, all the key pieces of a title team are ready for a payday, and that’s especially tough for Kansas City. They have just $16.2 million in cap space, and after finishing his rookie contract, the first-time Pro-Bowler is set for a huge payday.

This is Jones’ offseason to cash in, and he won’t be able to do that as things currently stand in Kansas City.

With four years as radio host with The Ticket Sports Network and various written contributions to publications such as Fansided, Southbound and Down, and Last Word on Sports, Jake Mitchell comes to SBD with NFL, NBA, NCAAM, NCAAF and MMA know-how you can count on.

With four years as radio host with The Ticket Sports Network and various written contributions to publications such as Fansided, Southbound and Down, and Last Word on Sports, Jake Mitchell comes to SBD with NFL, NBA, NCAAM, NCAAF and MMA know-how you can count on.