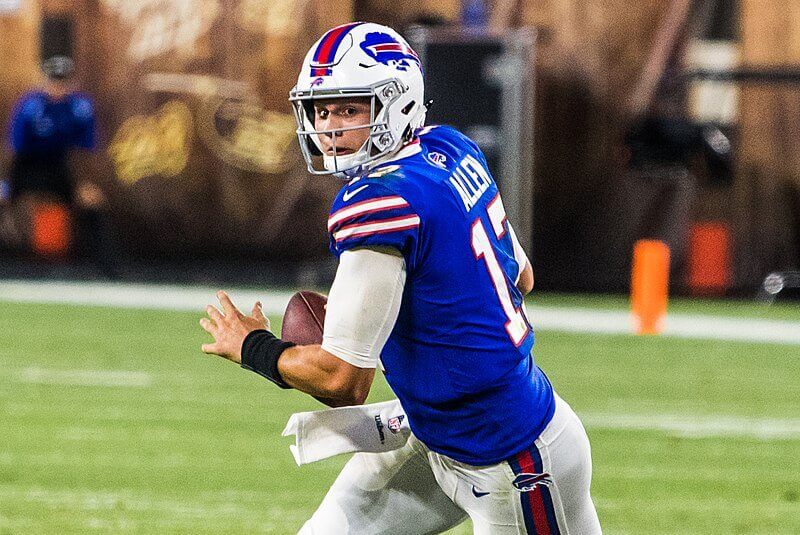 Will Buffalo Bills quarterback Josh Allen go over or under 22.5 touchdown passes during the 2020-21 NFL regular season? This wager is among numerous QB and wide receiver player props now available. Photo by Erik Drost (Wikimedia).

Player props on the 2020-21 NFL regular season are out, because while the coronavirus may have put a halt to sports, it hasn’t put a dent into offseason speculation.

As always, the NFL is generating plenty of scenarios to be debated thanks to offseason player movement caused by trades and free agency.

All quarterback and wide receiver over/under props  for the 2020-21 NFL regular season are listed below.

How will DeAndre Hopkins fare in new surroundings with the Arizona Cardinals? Will the presence of Stefon Diggs in Buffalo create blossoming new numbers for Bills quarterback Josh Allen? What sort of digits will Tom Brady put up during his first year at the helm of the Tampa Bay Buccaneers?

Now’s the time to make those calls and to make them pay off in winning wagers.

After 16 seasons with the Chargers, the Indianapolis Colts signed Philip Rivers as a free agent. The hope is that he can put a charge back into Indy’s passing attack. In 2019, the Colts were 30th in the NFL in passing yardage (3,108 yards) and tied for 19th in touchdown passes (22).

Rivers, 38, has been established with a passing yardage total of 4,399.5 yards. Last season, in what was clearly an off-year for the veteran quarterback (23 TDs, 20 interceptions), he still was fourth in the NFL in passing yardage (4,615 yards).

Why choose the Colts?

“Heck of a football team.”
“Have respected this organization for a lot of years.”
“Chris Ballard.”
“Believe in Frank Reich.”

Rivers has gone over 4,399.5 yards in four of the past six seasons, as well as in six of the previous 10 seasons. In 2018, with Andrew Luck under center, the Colts passed for 4,461 yards, good for sixth overall in the NFL.

The receiving talent is certainly in place for Rivers to access. Rivers passed for a career-high 4,792 yards in 2015 with Colts head coach Frank Reich as his offensive coordinator in San Diego.

As Brady arrives in Tampa Bay, the soon-to-be 43-year-old QB is coming off for him what is viewed to be a downer of a campaign. Last season with the New England Patriots, Brady passed for 24 touchdowns and 4.057 yards. He was intercepted eight times.

The 40s aren’t being kind to Brady’s stats. Both his TD passes and passing-yardage totals have decreased each season since he celebrated his 40th birthday.

Father Time ultimately gets every athlete. It might be time for everyone to dial back the expectations placed on Brady.

Allen is adding a steady 6-9 TD reception guy to his options when standing in the pocket in Minnesota trade acquisition Stefon Diggs. He’s averaged 7.66 TD catches per season over the past three seasons with the Vikings.

Stefon Diggs on IG Live about Josh Allen: He’s a baller & he’s a dog too. That guy can play #Bills

Suppose Diggs gets the same six TD receptions he had a year ago. Add that to the six each contributed by John Brown and Cole Beasley in 2019.

Suddenly, Allen needs just five more TD catches from rest of his skill players to go over the established total of 22.5.

The 2019 NFL season wasn’t the best for DeAndre Hopkins. He caught just seven touchdowns passes for the Houston Texans after going off for double digits in each of the previous two campaigns.

Traded to the Arizona Cardinals, will Hopkins return to the form that made him one of the main threats to find the end zone among NFL receivers?

Excited to watch Kyler Murray in year 2. DeAndre Hopkins will be on the receiving end of these now. Bright future in Arizona. pic.twitter.com/7y9o9qxYga

That could prove a challenge. He won’t be surrounded by nearly as deep a receiving corps as he was in Houston. Larry Fitzgerald is still a solid receiver but at 36, isn’t the dangerous threat he was in his prime.

Cardinals QB Kyler Murray threw for just 12 TDs during his rookie season. Even if he displays a similar sophomore uptick to the one Allen pulled off last season in Buffalo, it’s still hard to imagine Hopkins finding the end zone 10 times.

Playing five games for the New Orleans Saints last season, Teddy Bridgewater passed for nine TDs. Over a 16-game season, that averages out to 28.8 TD passes.

Explosive and fast group that will be really, really good after the catch.

The Panthers offense isn’t the Saints offense. Carolina passed for just 17 TDs in 2019.

In two seasons as the starter with the Vikings, Bridegwater never threw for more than 14 TDs in a season. He’s thrown for 38 TDs in 44 NFL games. 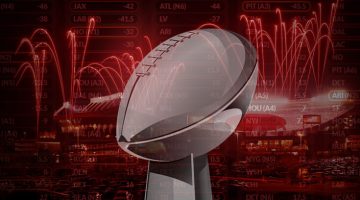 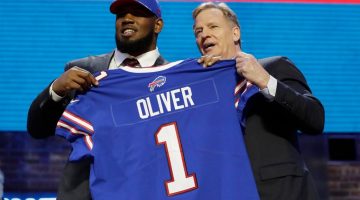 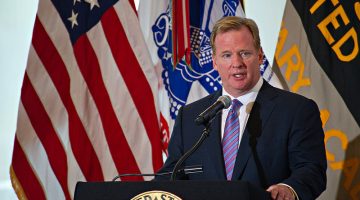 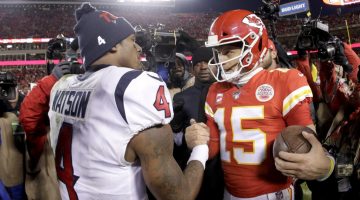 Opening Lines for Every Week of 2020 NFL Season 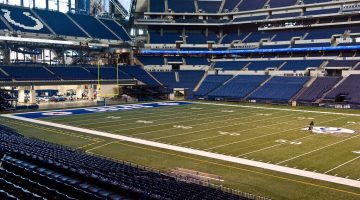 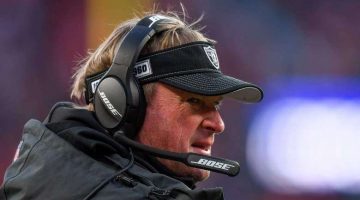