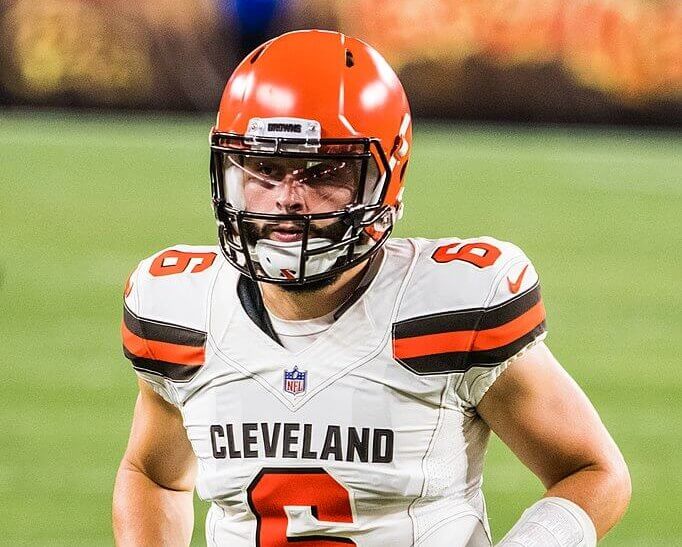 The odds of Baker Mayfield and the Cleveland Browns winning Super Bowl 54 are getting shorter. Photo by Erik Drost (Wiki Commons) [CC License]

Cleveland rocks? According to many of the top sportsbooks, it does. Could the home of the Rock and Roll Hall of Fame also soon be the home of the Super Bowl 54 champions?

lol jk this is real. pic.twitter.com/eoRixUbwKD

According to the Super Bowl 54 odds, the Cleveland Browns are being given a legitimate shot at winning the next Super Bowl game.

If you’d have said that about a year ago, people would have just assumed that you had rocks in your head.

The Browns, Detroit Lions, Jacksonville Jaguars and Houston Texans are the only NFL teams that have never played in a Super Bowl game.

Cleveland is the only NFL city that has never appeared in or played host to a Super Bowl.

Since the trade to acquire Pro Bowl wide receiver Odell Beckham Jr from the New York Giants, the odds of the Browns winning Super Bowl 54 have steadily improved.

There aren’t too many other teams that would have proven to be better landing spots for the unique talents of Beckham Jr. He’s a gamebreaker and playmaker, someone who thinks outside the box. So is Browns quarterback Baker Mayfield.

#Browns Baker Mayfield talks about what he did when he heard Odell Beckham Jr. was joining him in Cleveland. pic.twitter.com/NBdm5jlFEq

On or off the field, neither shies away from the spotlight and they don’t mind drawing attention to themselves. This pair has the potential to mesh into something very special.

On top of that, Beckham will be running pass patterns on the same field with his longtime friend Jarvis Landry, so his frequent diva tendencies that often led to clashes with teammates and superiors in New York might be quelled.

Without Beckham Jr, the Browns were a playoff contender. With him, the sky could be the limit.

The Hue And Fly

The Browns were 2-5-1 when coach Hue Jackson was fired last season. Overall, they were 3-36-1 under Jackson’s tutelage.

As Odell Beckham reported to Browns camp, @Ravens pass rusher @man_dammn was at the @gmfb table.

His response to the Browns being described as the AFC North “team to beat”⤵️ pic.twitter.com/3mhet0v9DD

After Gregg Williams took the helm, Cleveland went 5-3. Only the Baltimore Ravens (6-2) posted a better second half than the Browns among AFC North teams. The Pittsburgh Steelers were 4-4 and the Cincinnati Bengals went 1-7.

AFC North There For The Taking

No division may be as up for grabs as the AFC North. In the past two years, Steelers QB Ben Roethlisberger has lost his top two weapons, RB Le’Veon Bell and WR Antonio Brown.

The team to beat in the AFC North? pic.twitter.com/u7XHhsaAoj

The Bengals are the Bengals, which is to say not very good. Like the Browns, the defending division champion Ravens are handing their reins to a Heisman Trophy-winning second-year QB in Lamar Jackson.

BetOnline has the Browns as the +140 chalk to win the division. We think you should jump on that action.

Last year at this time, the Browns were +6600 to win Super Bowl 53. The last time the odds on Cleveland winning the Super Bowl were this short, OJ Simpson was on trial for murder and Bill Belichick was the Browns’ coach.

No AFC North QB had a higher grade on passes from outside the pocket than Browns QB Baker Mayfield did in 2018. pic.twitter.com/ot3HIlNRlG

Is Cleveland a good bet to be a playoff team? Absolutely. Are the Browns a solid Super Bowl 54 pick?

At this point, that’s a stretch.

If we had to pick a Super Bowl favorite right now, we’d go with the Saints. And if we were thinking about backing a longshot, we’d look at the Bears or Eagles (+1600) ahead of the Browns. 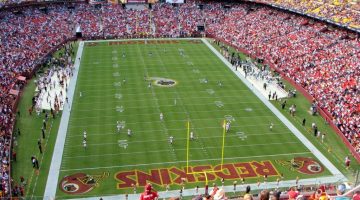 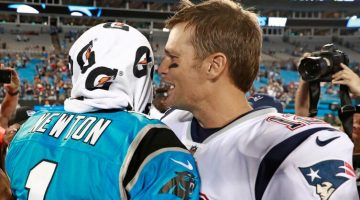 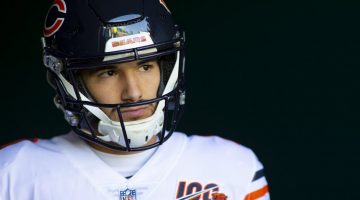 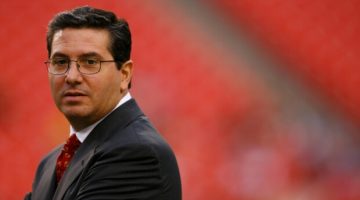 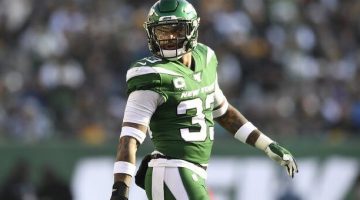