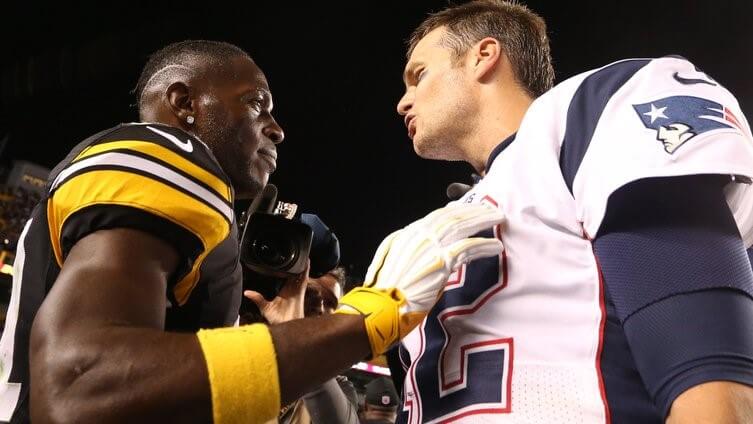 How lethal will the Tom Brady-Antonio Brown connection be for the Patriots in 2019? Photo from @NBCSBoston (Twitter).

It’s fair to say that this last Saturday was, by far, the most diva-est wide receiver situation we’ve ever seen.

By the end of it all, Antonio Brown went from an ideal situation in Pittsburgh, to a questionable one in Oakland, and through various front and back channel happenings (social media is a weapon), found himself in the best possible situation in New England.

Does his play match the unending hype? We’re about to find out. For now, let’s delve into every Antonio Brown prop you can handle as he debuts against the hapless Dolphins.

Analysis: Last year, Brown went under that threshold (eight) more than he went over (seven), but this is a whole different situation he’s going to be in. I can’t believe that Bill Belichick would bring in such a mercurial talent to have him be just part of the system. Think 2007 and when they brought in another malcontent in Randy Moss.

Randy Moss catches back to back TDs in double coverage against the Dolphins in 2007 pic.twitter.com/f23xGxrarM

He went berserk in his first game, against the Dolphins, racking up two TDs and 183 receiving yards. Moss also started his Patriot tenure with four straight 100-yard+ receiving games, and broke 75.5 receiving yards 10 times. While different in stature and skill sets, Brown is one of the few talents that can be mentioned in the Moss realm. Plus, he’s playing the Dolphins, who, you may have heard, had trouble containing their Week 1 opponent.

Analysis: The guy is a reception machine, and last season, he went over this total nine times in 15 games. Of the other six games, he was right at five. Only one game did he fail to get five receptions.

While the Patriots and Tom Brady only force feed the ball to the open receiver, I feel like Brown is the crispest route runner TB12 will have worked with in years. Brady had 24 completions in Week 1, and only old-reliable Julian Edelman cracked six receptions. I’m banking on AB here.

Antonio Brown to Score a TD in Week 2

Analysis: You have to go back to the end of the 2017 season to find the last time Brown has been kept out of the endzone in back-to-back games.

While his receiving numbers took a dip from their usual gaudy perch (his 1,297 yards is just the second time in the last six years he’s failed to crack 1,400),  he set a career-high with 15 TD catches.

We know he does damage everywhere on the field, but now that Gronk is retired, perhaps 84 is just what the New England offense needs in the red zone?

Analysis: In many ways, this line seems so low – or at least what it should have been while he was briefly a member of the Raiders. In the last six seasons, his lowest receiving total has been 1,284 yards. And he’s only played a full 16-game slate in two of those years. Moving from Ben Roethlisberger to most situations would spell disaster, but moving to Tom Brady as your QB should not be an issue.

The reason Antonio Brown gets the attention he gets? Without adjusting for era, he's the most dominant receiver in football history from ages 25 to 30.

Analysis: If we’re going with his current body of work, Brown’s lowest reception total since 2013 is 101. That is not a typo. There might be a question of volume, and that’s fair: in those same six seasons, New England receivers have gone over 150 targets just twice.

Angry Antonio Brown throws cooler on the sideline after not getting the ball thrown his way from Big Ben #Steelers #PittvsBal pic.twitter.com/55qC6JUUR0

Brown’s lowest target output during that same stretch was 2016, when he was targeted 154 times, with a high of 193 in 2015. Brown hasn’t been afraid to let his QB know when he’s missed him too. Still, if you’re assuming he’s in New England to spin, this total could be beat by Week 14.

Analysis: He’s surpassed that total in four of the past five years, and the year he didn’t he was at nine. After Randy Moss, who had three straight 10+ TD seasons in New England, Gronkowski became the TD maker, breaking into double digits five times in his nine-year career, though most of it was early on. In fact, no Patriot has had more than 9.5 TDs since Gronk in 2015. While Brown should come close, but TD catches are such a fickle stat.

How Long Will Antonio Brown be on the Patriots?

Analysis: This franchise is a perennial Super Bowl or bust group, and, if Brown keeps his head on straight (a massive if, considering this offseason) then he’ll be essential to what will be one of the most talented offensive cores New England has ever fielded.

There are so many ways he can affect a game, I see the Patriots maxing out his talent. He’ll be on the roster in Week 17 but likely won’t be playing, as all his incentives should be reached, and the Pats will have a division title already locked, as well as a top-2 seed in the AFC.

Will Antonio Brown be on the Patriots Next Season?

Analysis: He’s on a one year deal, and he could unlock the safe to another monster payday if he does his usual thing, but, unlike past years, tops it off with a Super Bowl ring. Belichick is fond of letting stars walk away, and Brown is probably trying to work his way into more guaranteed money.

The #Patriots have a potential long-term plan in place for Antonio Brown 👀 pic.twitter.com/uWUjwKcRZ3

He’ll be 32 next year, and I doubt Belichick would have doled out top dollar for Jerry Rice at that age. There’s always a chance that Brown is the piece that keeps Brady potent to age 45, but they’re too crafty hitch their wagon on this wideout.

Analysis: Over Roger Goodell’s dead body. Even if Brown had a monster day, there’s no taking away the Super Bowl MVP from Tom Brady. It’s just not a popular pick, and we’re still wondering how Edelman snagged it last year. 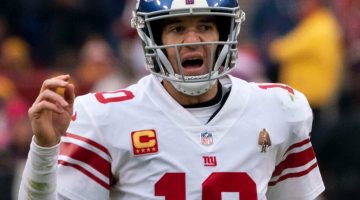 Odds Are Against Eli Manning Crying at Retirement Press Conference

[ad_1] Will Eli Mannning shed a tear at his retirement press conference? BetOnline is offering… 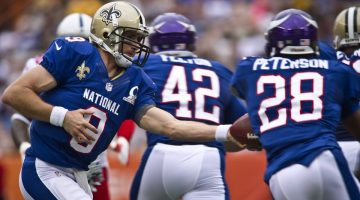 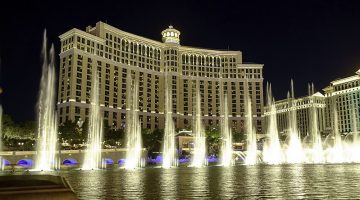 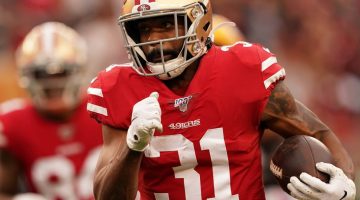 [ad_1] On the strength of a four-TD, 200+ yard rushing performance in the NFC Championship… 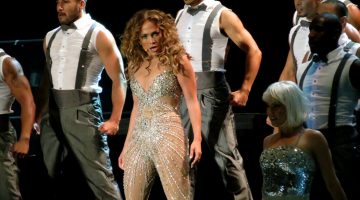 [ad_1] Jennifer Lopez will perform at the Super Bowl Halftime Show along with Shakira. By… 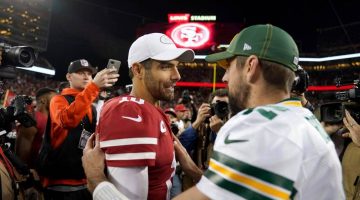 60% of Bettors Taking 49ers as 7.5-Point Favorites Against Packers; Should You Take the Points?