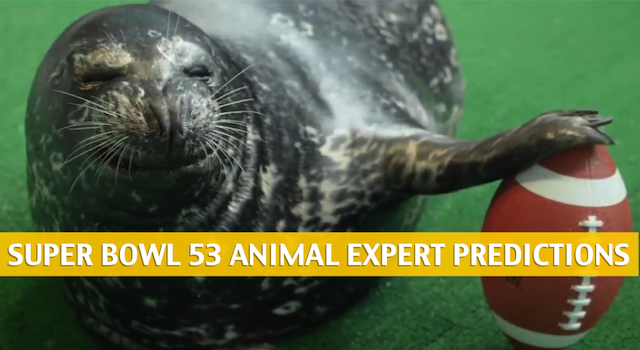 Super Bowl 53 is almost here and while sports media authorities have been doling out their final picks the most eagerly awaited experts are weighing in too. That’s right, NFL pundits from the animal kingdom are coming out of their cages, caves, holes, and haunts to deliver their predictions on the New England Patriots versus Los Angeles Rams matchup this February 3. Will wildlife lean towards the familiar (and odds on favorite) Patriots or will there be bias for the animal-monikered Rams who seek to usurp the most dominant franchise in recent NFL history?

It’s the Year of the Pig (for those that put stock in the luck of Chinese New Year) so we’re leading our animal Super Bowl picks piece with a prediction from Racine the Pig, the plump resident of Petrichor Farm in Connecticut. This is just Racine’s second year for picking the Super Bowl but she’s 100% thus far after leaning towards the Eagles last season. Once again the swine swings with a team that boasts a wildlife emblem on the helmet, picking the Rams without hesitation: 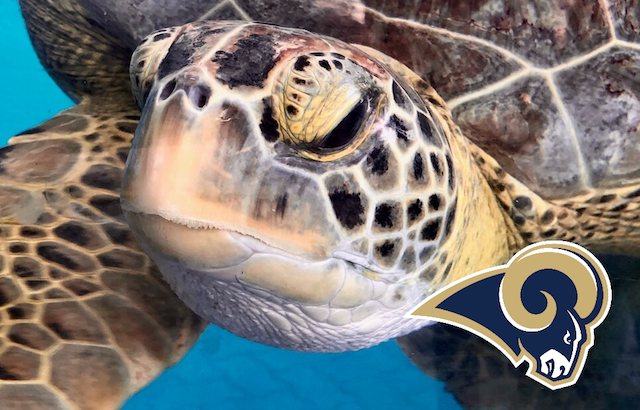 A pair of unnamed rescue sea turtles from Sea Life Aquarium in Dallas / Forth Worth were tasked with choosing this year’s Super Bowl winner. While there was some unnecessary roughness to sway favor to the Patriots by one of the saltwater creatures, the consensus was a Rams win. 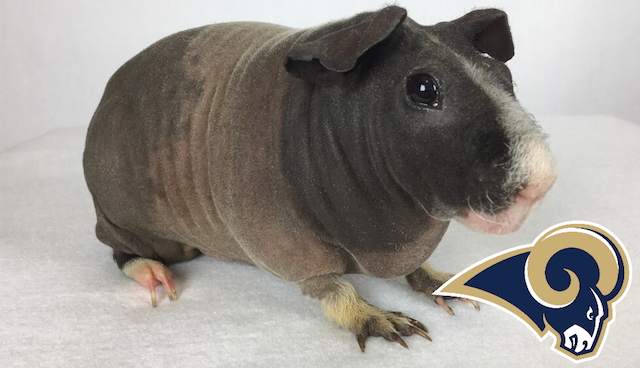 It’s hard not to give a little extra weight to a pick made by a critter named Vegas. As a resident of the Pets Supplies Plus store in New Hartford, the Skinny Pig (hairless Guinea Pig) has the skinny on who will win the Super Bowl after taking well over two-minutes to make his prediction – the Los Angeles Rams. 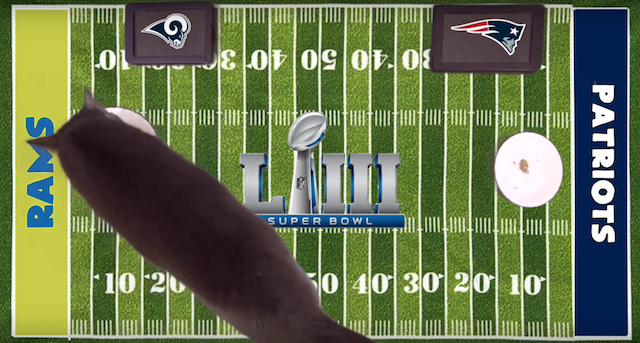 Cass, the charcoal grey cat from State College PA has a bit of a pedigree in picking sports and politics, and like many of his animal compatriots nailed the Eagles pick over the Patriots in 2018. The only recent hiccup to give you pause in going with the paws for Super Bowl 53 is that Cass predicted a Chiefs win in the AFC Championship. But we can chalk it up to wishful thinking, and allow some weight to puddy tat’s call for this February 3rd. 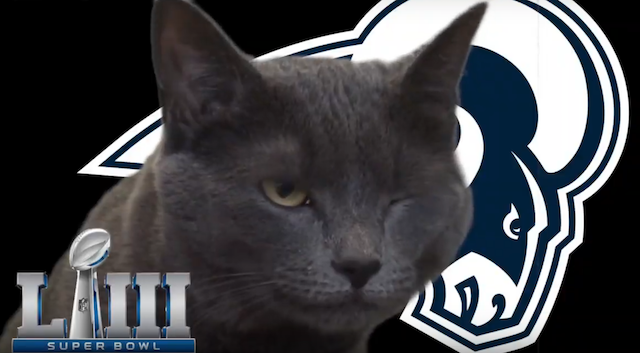 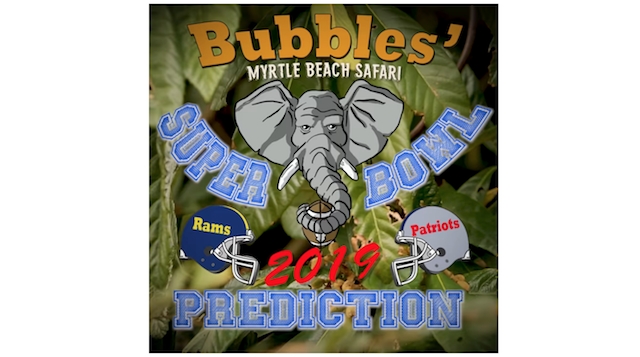 Myrtle Beach Safari’s Bubbles the Elephant returns once again after making a successful pick (Eagles) at last year’s Super Bowl. And once again she goes against mankind (Patriots) by picking a fellow beast that also has a serious set of tusks…on the head – the Rams. Be sure to watch the video though, as she went back and forth for a minute there before making her final decision. 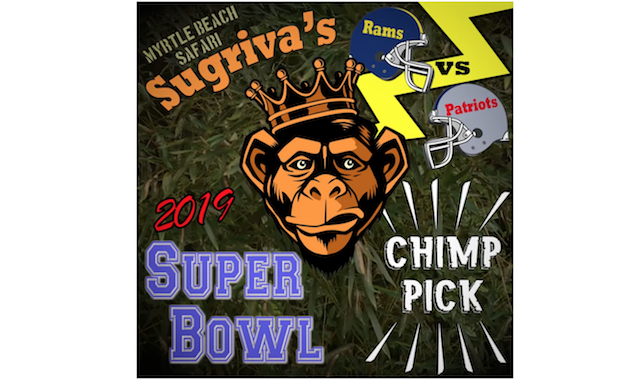 A Myrtle Beach Safari neighbor of Bubbles the elephant is Sugriva the Chimp. Wait, shouldn’t he be the one named “Bubbles” (a la MJ)? Anyhow, things are getting weird as the Rams continue to be picked as the ones to lift the Vince Lombardi Trophy according to the animal kingdom. The playful chimpanzee climbed a rope where two tethered helmets (each with a banana) were suspended from a tree, and he chose the banana attached to the Rams helmet. 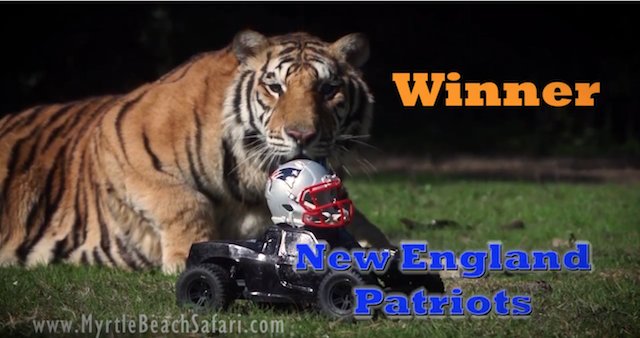 Myrtle Beach Safari’s third pick comes from their resident tiger, named Ishta. While we’re extremely curious about which team she’d pick should the Bengals ever make the big dance, she’s stuck with the Patriots vs Rams matchup for now, and according to the zoo she picked the former. However, we have an issue with the way this one was determined. Ishta was charged with chasing down two remote control vehicles, each representing a Super Bowl 2019 contender. She chased each, but made her final attack on the Patriots, chomping down and demolishing New England’s remote control representation. Does that mean she’s picking the Pats to win, or to get destroyed? Viewers may be inclined to think the latter. Watch for yourself: 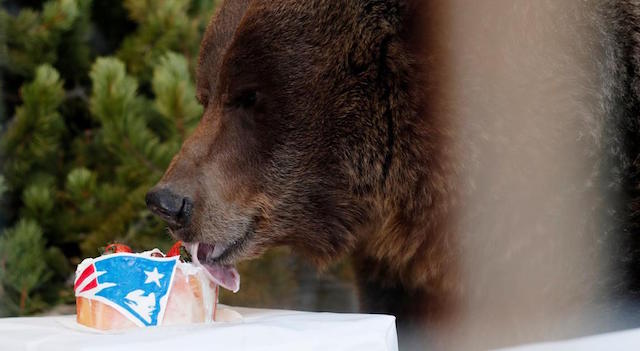 Zoo Montana’s most popular resident (at this time of the year) is looking to extend his Super Bowl record to an impressive 6-1, including five correct picks in a row which to date makes the grizzly the absolute authority in animal expert picks, retired octopuses be damned. On a crisp Montana morning of January 29 2019 Ozzy stumbled out of his AM slumber and chose the Patriots, making him the first of this year’s animal experts to CONFIDENTLY go with Brady/Belichick and Co.

Once again (and not surprisingly) the animal kingdom likes the dog on this game (they picked the Eagles last year) with a healthy 6-2 selection in favor of the Rams. Now that you’re armed with the expert opinions above, are you ready to make your own Super Bowl LIII predictions? Register to do so and make your NFL wager here. To bide the time as the big event approaches, enjoy this adorable Super Bowl promo clip from the Atlanta Georgia (home of Super Bowl LIII) Aquarium: 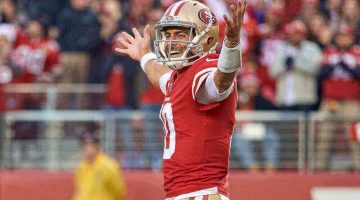 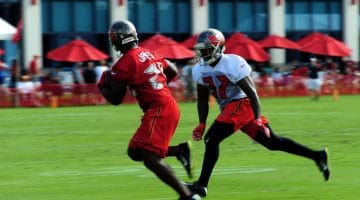 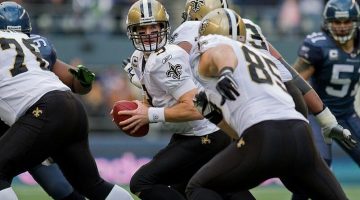 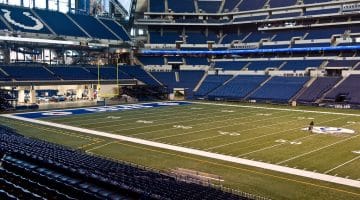 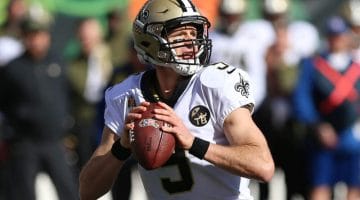 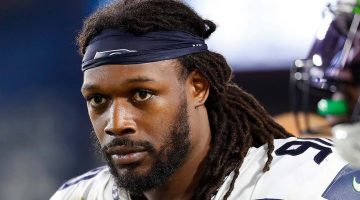 Odds Split on Jadeveon Clowney Re-signing With Seahawks in 2020