When you get to the stage of the season where there are just 4 teams left in the playoffs, you are somewhat limited in your betting options. That said, the goal is still to boost your bankroll so that you can get in on all the prop bets that show up on Super Bowl Sunday. One of the most effective ways to boost your bankroll is to play parlay bets, and even with just two games on the Sunday schedule, you can go ahead and make some coin.

We will be breaking down all the picks for the two games, going SU, ATS, and O/U as the week progresses, but let’s give you a little sneak peek and look at some NFL Betting parlays you can play this weekend.

In the AFC, we have what would appear to be a mismatch, with the #6 seed hitting the road to face the #2 seed. Before you automatically add the Kansas City Chiefs to your SU parlay, let’s not forget that the Tennessee Titans have already taken out the #1 and #3 seeds, with both of those wins coming on the road. They have been playing great defense and Derick Henry has been a beast running the football, but can they slow down a Chiefs offense that dropped 51 on the Texans. I think the Titans great playoff run comes to an end here.

We have already seen the 49ers and Packers go head to head this season, and while neutral fans would like to see a closer game this time around, from a betting perspective, it would sure be easier if the 49ers just repeated their blowout win again. I think this one will be closer, but I also think we will see San Francisco win and move on.

The Kansas City Chiefs will start as a 7 ½ point favorite in the AFC Championship Game and will come in on a run that has seen them cover the spread in each of their last 7 games. The Titans, though, have done a fantastic job of shutting sown opposing offenses in the playoffs, covering the spread easily in both games to go to 7-2 ATS in their last 9 overall. I am, though, leaning towards the Chiefs winning and covering.

The 49ers beat the Green Bay Packers 37-8 when they met a few weeks ago, covering the spread as a 3-point favorite. The nature of that win and how good they looked in disposing of the Vikings in the Divisional round has them in as a 7-point favorite for this one. Given that Green Bay is just 1-5-1 ATS in their last 7 meetings with San Francisco, I am leaning towards the 49ers.

The point total for the AFC Conference Championship Game is set at 52, which is none too surprising when you consider that KC just dropped 51 points on the Houston Texans over the weekend. While you don’t think of Tennessee as an offensive juggernaut, 9 of their last 12 games have gone OVER. 6 of the last 9 meetings between these two have also gone OVER, so a good bet there, I think.

The last time the 49ers and Packers met, which was just a few short weeks ago, the total went UNDER 48. The total this time around has been set at 45, which is much more attainable given that I don’t see the Packers stinking it up on offense like they did last time. I am on the OVER. 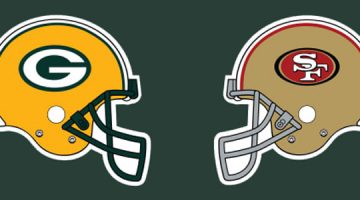 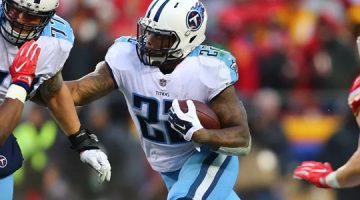 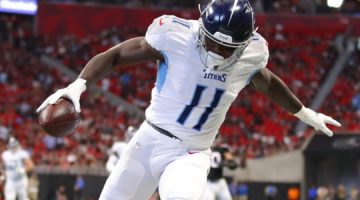 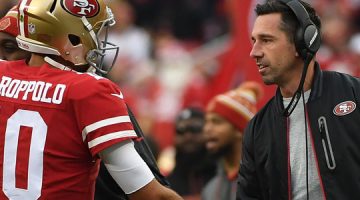