Future Hall of Famer Adrian Peterson of Washington’s NFL team (it doesn’t currently have a nickname) is still going strong at age 35 and says he wants to play to 40 – if he did, he might become the NFL’s all-time leading rusher. Here are Peterson’s odds at Mybookie to lead the NFL in rushing yards in the 2020 regular season as well as Washington’s Week 1 odds.

Peterson was spectacular in his NCAA career at Oklahoma and set the NCAA freshman rushing record with 1,925 yards as a true freshman during the 2004 season. As a unanimous first-team All-American, he became the first freshman to finish as the runner-up in the Heisman Trophy balloting.

He was the No. 7 overall pick in the 2007 draft by the Minnesota Vikings and dominated immediately in being named Offensive Rookie of the Year. Led the NFC and ranked second in the NFL with 1,341 rushing yards and set the NFL single-game record with 296 rushing yards vs. the Chargers on Nov. 4, 2007. Shoot, Peterson was even named Pro Bowl MVP.

The next year, Peterson led the NFL in rushing with a single-season franchise-record 1,760 yards (since broken), becoming the first Vikings RB to lead the league in rushing. Peterson set team records with 10 100-yard rushing games and 363 carries and was named first-team All-Pro.

Yet, Peterson’s best season was in 2012 when he was named NFL Offensive Player of the year and league MVP – the last running back to win the award. He returned from offseason knee surgery to rush for 2,097 yards (second most in NFL history) and 12 TDs on 348 carries. Peterson tied his own team record with 10 100-yard rushing performances, including two 200-yard outputs. He also tied Earl Campbell’s NFL record (set in 1980) with seven 150-yard rushing games and tied Barry Sanders’ NFL record (set in 1997) with seven runs of 50+ yards.

Peterson led the NFL in rushing again in 2015 with 1,485 yards, but his Vikings career quickly went downhill after that. He spent 2017 split with the Saints and Cardinals.

Washington signed him as a free agent before the 2018 season to the veteran’s minimum and Peterson rushed for 1,042 yards and seven touchdowns on 251 attempts. He became the first Redskins running back to rush for more than 1,000 yards since 2014 (Alfred Morris, 1,074) and recorded the longest touchdown run in Redskins history with a career best 90-yarder. It was Peterson’s eighth 1,000-yard season of his career, tying him for sixth-most all-time.

Before last season, Peterson got a two-year, $8 million extension. Peterson finished the season with 898 rushing yards and five rushing touchdowns. He passed Curtis Martin for fifth all-time in rushing yards, as well as becoming the 10th player in NFL history to reach 3,000 career rushing attempts. Peterson is fifth on the all-time rushing list with 14,216 yards — just 1,053 yards behind No. 4 Barry Sanders — and fourth in rushing touchdowns with 111.

However, Peterson could be behind young Derrius Guice in terms of carries this year, and the team drafted Antonio Gibson with the No. 66 overall pick in the 2020 draft. Offensive coordinator Scott Turner says the goal is to “foster competition” and they will “play whoever gives them the best chance.” The team also has veteran running backs Peyton Barber and JD McKissic.

“I’ve always had the mindset of being open to competition,” Peterson said recently. “So I will embrace it the same way. People ask me that question all the time — ‘Man, the Redskins are really packing that running back room, huh?’ I’m like, ‘Yeah, they are.’ But hey … just gotta execute and produce.”

Peterson hinted at potentially playing another four seasons in the NFL. “Man, why not four more years?” Peterson said, citing his ongoing pursuit for a championship and never wanting to look back and wonder if he could have played another year. Peterson is about 4,000 yards away from Emmitt Smith’s all-time rushing mark.

For what it’s worth the video game “Madden 21” gave Peterson a rating of just 78 for this season, tied for his lowest score in the past 14 years. In 2014, he reached a 99 rating and was honored as a cover athlete for the game. He also scored a 90 or above for nine consecutive years, which ended in his first season with Washington. 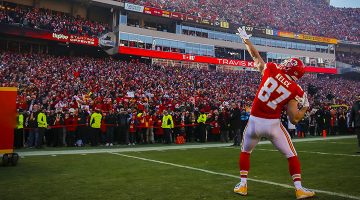 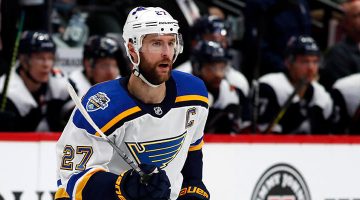 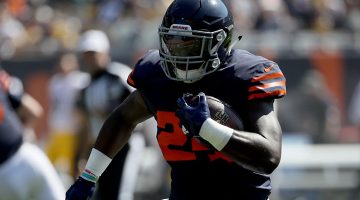 [ad_1] The NBA has had their teams in a bubble. MLB started their season last…