We saw history on Sunday in the NFL. Baltimore quarterback Lamar Jackson passed for 272 yards and two touchdowns and rushed for a career-high 120 yards in the Ravens’ 23-17 win over Arizona. He is the first player with at least 250 passing yards and 120 rushing yards in a single game in NFL history.

Here’s a quick look at every game in Week 3 and their Mybookie Sportsbook NFL Betting Lines.

The Thursday night game. The Titans swept the Jags last year, winning incredibly ugly 9-6 in Jacksonville. Both come off close losses Sunday, with Tennessee upset at home by the Colts and the Jaguars going for a late 2-point conversion in Houston instead of kicking the PAT to tie it. Leonard Fournette was stopped just short of the goal line. Pick: Jags.

The Packers are alone in first in the NFC North at 2-0 following Sunday’s win over Minnesota. The Broncos just aren’t very good offensively and gave one away Sunday against the Bears to fall to 0-2. Joe Flacco completed 35-of-50 passes for 292 yards with one touchdown and one interception. The former Super Bowl MVP made an inexcusable mistake in the fourth quarter, throwing an interception on third-and-goal from the two-yard-line. Pick: Broncos.

The Eagles gave up a late touchdown in Atlanta on Sunday night and lost. Defensive tackle Timmy Jernigan suffered a broken foot in the loss. The injury won’t require surgery, though it will still cost him 4-6 weeks. Detroit beat the visiting Chargers on Sunday. Kenny Golladay caught 8-of-10 targets for 117 yards and the game-winning touchdown. Pick: Eagles.

Could be a playoff preview with both at 2-0. Will the Chiefs have running back LeSean McCoy? He was to have an MRI on Monday after injuring in Sunday’s win at Oakland. This is Kansas City’s first home game that counts since it lost last season’s AFC title tilt there in overtime to New England. Pick: Chiefs.

The Bills are one of the surprise 2-0 teams and won both of those games at MetLife Stadium in New Jersey, beating the Giants and Jets. Cincy QB Andy Dalton completed 26-of-42 passes for 311 yards with two touchdowns and an interception in Week 2 against the 49ers, who rolled to victory. Pick: Bills.

The Colts were upset winners at the Titans on Sunday but long-time kicker Adam Vinatieri says he’s retiring effective immediately. Coming off a Week 1 where he missed a pair of field goals and an extra point, Vinatieri shanked two more extra points in Tennessee. The Falcons were late winners over Philadelphia. Pick: Colts.

Both teams lost Week 1 to fall to 1-1. Derek Carr completed 23-of-38 passes for 198 yards, one touchdown and two interceptions in the Raiders’ 28-10 defeat to Kansas City. He did become the franchise’s all-time passing yardage leader, though. Pick: Vikes.

The Jets played Monday night vs. Cleveland and didn’t have QB Sam Darnold due to contracting mono. He won’t play here, either. Will the Pats have Antonio Brown? Sports Illustated’s Robert Klemko reports Antonio Brown is facing sexual misconduct allegations from a second accuser stemming from an incident in 2017. The league could well suspend him. Pick: Jets.

How much longer until the Giants pull starting quarterback Eli Manning for rookie Daniel Jones. Coach Pat Shurmur has hinted that could be coming soon. The Bucs were upset winners last Thursday in Carolina. Pick: Bucs.

Look at that spread! It would be the second-largest this decade and in the Top 10 all-time. Ezekiel Elliott handled 23 carries for 111 yards and one touchdown, chipping in two catches for nine yards in the Cowboys’ Week 2 victory over Washington. Pick: Dolphins.

Matchup of former Heisman winners who were drafted No. 1 overall in Carolina’s Cam Newton and Arizona’s Kyler Murray. Both, alas, are 0-2 this season. Pick: Panthers.

The Saints have lost starting quarterback and future Hall of Famer Drew Brees for around six weeks as he tore a ligament in his thumb on Sunday.

Starting Texans offensive tackle Laremy Tunsil expects to play against the Chargers in Week 3. Tunsil exited Week 2 with an ankle injury but only missed a handful of snaps. The Texans edged Houston, while the Chargers suffered their first loss, falling in Detroit. Pick: Chargers.

This spread changed in a big way when the Steelers ruled out quarterback Ben Roethlisberger for the season to an elbow injury. Young Mason Rudolph takes over. The Niners are 2-0 and haven’t even played at home yet. Pick: Niners.

Short week for the Browns as they were at the Jets on Monday night. Jared Goff completed 19-of-28 passes for 283 yards and one touchdown in the Rams’ Week 2 win over the Saints. The Rams have looked very good so far. Pick: Rams.

The Monday night game. Mitchell Trubisky completed 16-of-27 passes for 120 yards with no touchdowns or interceptions while scrambling once for eight yards Sunday in Chicago’s Week 2 victory over the Broncos. The Bears were lucky to win. The Redskins are probably the NFC’s worst team at 0-2. Pick: Bears. 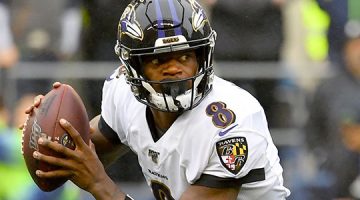 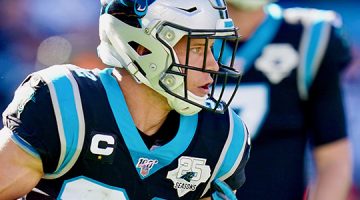 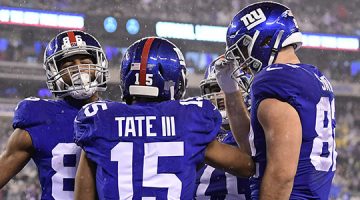 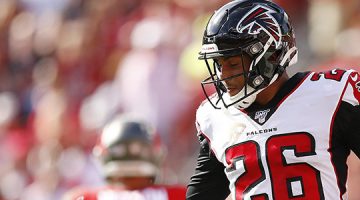