The Philadelphia Eagles, Seattle Seahawks and Carolina Panthers will all be looking to take care of business in their respective 2019 regular season and home openers when they take to the gridiron this coming weekend. If you’re an NFL betting aficionado that loves taking the guesswork out of often arduous ATS wagers by making simple SU Moneyline wagers more often than not, then you’ve come to the right place as I offer up a trio of expert SU picks on three intriguing Week 1 openers.

With that said, let’s get down to business.

The Redskins are looking to improve on their mediocre 7-9 campaign from a year ago, but Washington has some real question marks on both sides of the ball and at the game’s most important position where they’ll go with uninspiring veteran Case Keenum, mostly because Colt McCoy is injured and gifted rookie Dwayne Haskins isn’t quite ready to take over just yet. Unfortunately, Keenum struggled in the preseason as Washington went 1-3 while getting held to 19 points or less in every contest.

For Philadelphia, the Eagles will enter the 2019 season as one of the top Super Bowl contenders in either conference after winning it all two years ago and following that up with another playoff appearance last season. Philadelphia went 1-3 in the preseason while playing it safe with franchise quarterback Carson Wentz who will look to get back to his pre-injury form of two seasons ago when he was on track to potentially win the league’s MVP award.

The Eagles are the completely better team on both sides of the ball and I have absolutely n doubt that the Birds will take care of business at home against Washington. Philadelphia has gone a blistering 16-4 SU in its last 20 home games while also taking four of the last five meetings against Washington overall.

The Redskins have dropped eight of their last 12 road games and they’ve got too much uncertainty to be expected to beat a team of Philadelphia’s caliber. This one will be a walk in the park for the Super Bowl-hopeful Eagles!

Cincinnati will be looking to improve on last season’s 6-10 mark under former head coach Marvin Lewis when they take to the field for their first regular season game under Zac Taylor. Unfortunately, the Bengals didn’t look very good in going 1-3 in the preseason as they look to improve on their uninspiring 30th place finish in points allowed last season (28.4 ppg) and modest 17th place finish in scoring (23.0 ppg).

For Seattle, Russell Wilson and company are looking to go a bit further than they did last season when they went a surprising 10-6 to reach the playoffs in what was supposed to a ‘rebuilding’ campaign. The Seahawks finished an impressive sixth in scoring (26.8 ppg) and 11t in points allowed (21.7 ppg) while also ranking first in rushing by averaging a stellar 160.0 yards per game on the ground.

With the Seahawks looking solid in the preseason (3-1) and having the big advantage on both sides of the ball in this Week 1 mismatch, I have no doubt that Russell Wilson and company are the pick to get the outright SU win.

While the Bengals are a surprising 4-0 ATS in their last four road games and 4-1-1 ATS in their last six regular season openers, Seattle has won five straight at home. The Seahawks are a legitimate Super Bowl contender in the NFC even if no one is talking about it right now while Cincy is just looking to get back to being a respectable team in 2019. This one’s a lock. Seattle wins easily!

Jared Goff and the Rams are coming off a fine, 13-3 season a year ago that saw them reach Super Bowl 53 and although they came up short in their quest to win it all last season, Los Angeles will enter the 2019 campaign as one of the top contenders to repeat as NFC champs at the very least. The Rams went 2-2 in the preseason and they finished the 2018 campaign ranked a stellar second in scoring (32.9 ppg) although they do need to improve a defense that finished 20th in points allowed (24.0 ppg).

For Carolina, Cam Newton and the Panthers will be looking to bounce back from the uninspiring 7-9 mark they posted in 2018. Carolina finished 14th in scoring (23.5 ppg) and 19th in points allowed last season (23.9 ppg), but Newton suffered an ankle injury in the preseason and he might not be quite 100 percent when this game kicks off.

The Panthers lost seven of their final eight games last season and although Carolina has gone an encouraging 10-3 SU in their last 13 home games, I don’t think they’re going to have quite enough offensive firepower to keep pace with a Rams team that should be as dangerous offensively as they’ve been in each of the last two seasons under wunderkind head coach Sean McVay. The Rams have won 10 of their last doze road dates and I say they get the narrow SU win in this week 1 pairing despite being on the road. 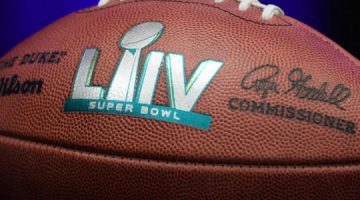 [ad_1] In today’s modern, high-tech betting times, there is now an annual avalanche of Super… 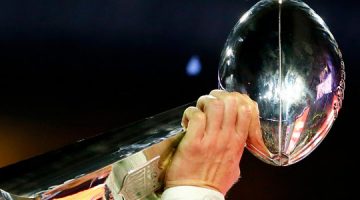 Trends & Stats To Study Before Betting On Super Bowl LIV 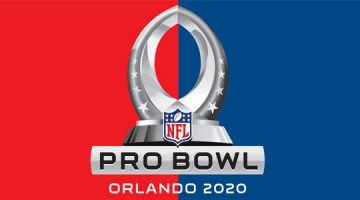 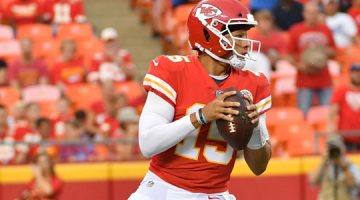 How to Bet the Super Bowl LIV Over/Under 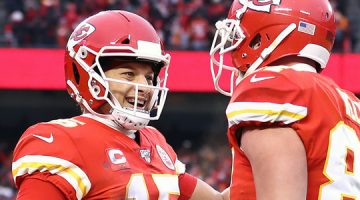 [ad_1] With Super Bowl LIV less than two weeks away from taking place on Sunday,…