Last week’s NFL Draft seemed to primarily favor teams like the Jacksonville Jaguars, Buffalo Bills, and Arizona Cardinals. Teams like the Jags, Bills, and Cards benefit the most from drafts because they didn’t make the playoffs the season before.

Although that’s true, what about the top teams in the league? How did their 2019 NFL Draft go? Check out a draft recap for the Patriots, Rams, Chiefs, Saints, Eagles, and Bears. And be sure to check out the latest Super Bowl LIV odds now that the Draft is done.

Even though they won the Super Bowl, the Patriots had 7 draft picks last week. New England used their first round pick on WR N’Keal Harry, their second round pick on CB Joejuan Williams, and their third round pick on DE Chase Winovich. They also drafted Alabama RB Damien Harris and West Virginia OT Yodny Cajuste in Round 3.

All-in-all it was a decent draft. Cajuste, especially, could prove valuable because he might need to fill in for Isaiah Wynn if Wynn doesn’t come back one-hundred percent from being injured last season.

The Super Bowl runners-up used their second round pick, they didn’t have a first round pick, on Washington safety Taylor Rapp. Rapp is a decent player, but the Rams really needed to come up with a plan for 37-year-old left tackle Andrew Whitworth.

Maybe, they’re thinking Round 3 pick Bobby Evans can eventually replace Whitworth. Almost as important? The Rams will need second round pick RB Darrell Henderson to contribute from his first day in camp. Todd Gurley slowed down considerably in the second half of the season last  year, which means they’ll want to spell Gurley as much as possible in the first half of the season.

Tyreek Hill’s situation led the Chiefs to draft WR Mecole Hardman in Round 2. Hardman is no Tyreek Hill, but he’ll play above his talent-level with Patrick Mahomes throwing the football to him. Making Hardman their first pick might not have been the wisest move, though.

KC is relying on former Seattle DE Frank Clark, and former Saints DE Alex Okafor to take Justin Houston’s and Dee Ford’s places along the defensive line. That might not work out. No former Seattle defender has ever seemed to improve, or even play as well, after leaving the Emerald City while Okafor comes off an injury-plagued season. Chiefs had a bad to mediocre draft.

Everyone looks to Drew Brees and Sean Payton when trying to figure out how the Saints have been so good for so long. Although they should look to Brees and Payton, they’d be amiss if they didn’t mention general manager Mickey Loomis.

Loomis traded up in the second round and drafted center Erik McCoy. That’s huge for New Orleans because Max Unger retired last month. The Saints only had 5 draft picks and they made everyone count, including drafting Notre Dame tight-end Alize Mack to back up Jared Cook.

The Eagles only had 5 draft picks just like the Saints. Some will question why they drafted Washington State offensive tackle Andre Dillard in Round 1 instead of Florida OT Jawaan Taylor. Dillard’s a decent player, but Taylor dominated some really good SEC defensive tackles last season.

They also spent a second round pick on Penn State RB Miles Sanders. That one is more difficult to understand drafting Dillard. They could have used some pieces on defense and Sanders will be third on the depth chart behind Jordan Howard and Corey Clement. Their other second round pick turned out to be WR JJ Arcega-Whiteside. Again, it might have been best to go defense here.

Philly had a strange NFL Draft last week, using all three second round picks for back-up offensive players when they could have bolstered a defense that so clearly needed help last year.

The Chicago Bears didn’t have a pick in the draft until Round 3. That makes it hard to correctly assess how well they did. Chicago drafted running back David Montgomery. Montgomery will back up Tarik Cohen. They did get a possible diamond in the rough in the fourth round by drafting WR Riley Ridley.

Ridley will get playing time. They might have done better by adding depth to the offensive line. However, Chicago’s on the cusp, so using their picks last week for decent bench players makes sense. 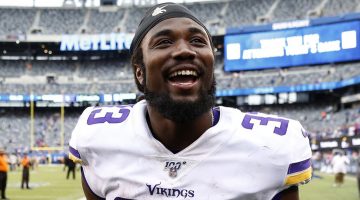 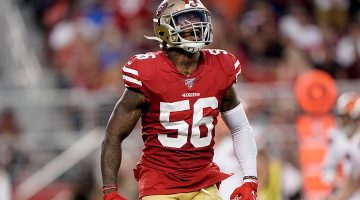 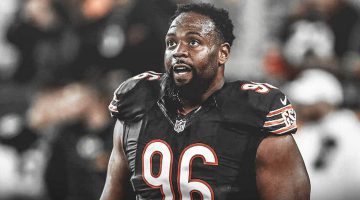 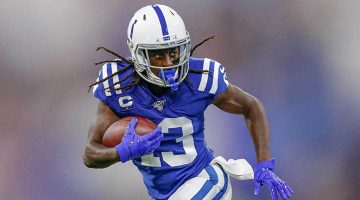 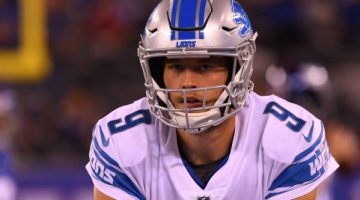 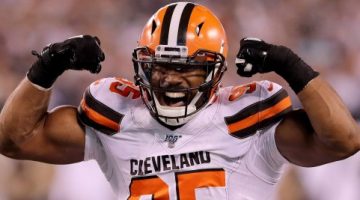