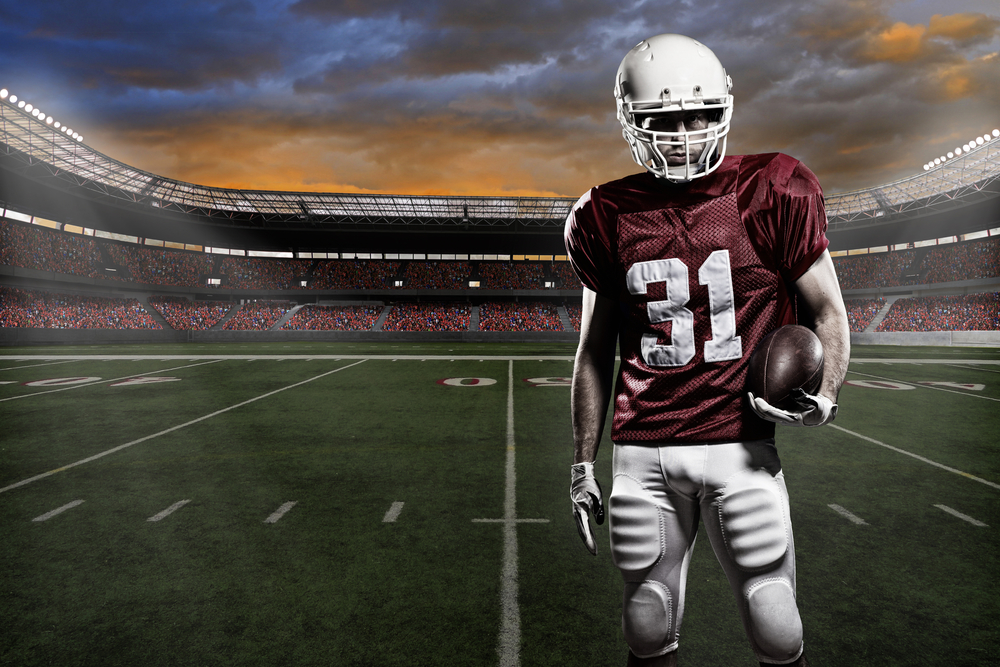 NFL players and interesting facts you need to know about.

It’s easy to look at players in the National Football League and think that their lives are far different from the average person.

Contents show
1 Here are 10 Facts you should know about NFL players.
1.1 1. One of every six players in the NFL will face severe financial problems at some point in his life.
1.2 2. The average salary in the NFL is $1.9 million.
1.3 3. NFL players are only paid during the season.
1.4 4. The lowest salary that an NFL player can make in 2016 is $450,000.
1.5 5. NFL players do not lift as many weights as you might think.
1.6 6. Very few NFL players have scored touchdowns in more than one way.
1.7 7. If you want to be a Super Bowl winning coach, you might want to attend Eastern Illinois University.
1.8 8. NFL players’ workdays are long and demanding.
1.9 9. Many NFL players have other “jobs” besides playing football.
1.10 10. The size of an NFL player has increased tremendously over the past few decades.

We have our own ideas about what NFL players do on a daily basis, how they train, and more. In most cases, we are dead wrong.

Here are 10 Facts you should know about NFL players.

1. One of every six players in the NFL will face severe financial problems at some point in his life.

In 2009, a study of players in the league found that many face severe financial difficulties, even as dire as bankruptcy, after their careers have ended.

Many face financial problems even while playing. While we see the huge contracts that some players sign, we must remember that the average career for an NFL player is just a little over three years and those huge contracts are given to a small percentage of the total number of players in the league.

Surprisingly, the average salary in the NFL is the lowest of all major professional sports leagues in the United States.

This is somewhat perplexing given that professional football is the most-watched sport in the U.S. and the latest television contracts are well into the billions of dollars.

The average player will make just under $2 million per season and play roughly three years. That’s $6 million before taxes; still a nice chunk of change but far from making someone uber-rich.

3. NFL players are only paid during the season.

There are 17 weeks in an NFL season. If you are the average NFL player and make about $2 million per season, you will receive a check each week for $117,647.

If a player’s team qualifies for the postseason, there are bonuses that are paid out by the league.

For example, a player on a divisional winner last season that played in the wild-card round received a check for $25,000.

When the season ends, players no longer receive their salary. They may, however, receive bonuses for things like offseason workouts.

The NFL’s collective bargaining agreement establishes minimum salaries for players based upon their number of years in the league.

5. NFL players do not lift as many weights as you might think.

While strength is definitely an attribute that NFL players have, professionals in the NFL spend more time honing the skills directly related to their specific position than they do in the weight room.

A typical player’s weight room routine can usually be completed within 45 minutes and that is not every day of the week.

Quarterbacks, for example, will spend a great deal of time working on their footwork, on throwing the football to become more accurate, and in the film room where they study the nuances of the game.

6. Very few NFL players have scored touchdowns in more than one way.

Deion Sanders is one of just two players – Hall of Famer Bill Dudley is the other – who scored touchdowns in six different fashions.

He is also the only player in NFL history to have recorded a reception and an interception in the Super Bowl.

7. If you want to be a Super Bowl winning coach, you might want to attend Eastern Illinois University.

Eastern Illinois is not even an FBS program, but the school has produced plenty of NFL talent. Super Bowl-winning head coaches Sean Payton and Mike Shanahan both attended EIU.

During the regular season, the typical NFL player will be at their respective team’s training facility by 7:00 a.m. Each day is filled with meetings, film study, workouts, and, of course, practice.

Players usually have Tuesday off depending upon when they play in a given week. These days continue for 17 weeks. Add in training camp that starts in late July and most NFL players are on a very demanding schedule for most of six months.

The offseason offers a break, but not as much as you may think especially for those who want to continue playing past the three-year average.

9. Many NFL players have other “jobs” besides playing football.

A number of ex-players have started their own businesses. Former Cowboys QB Roger Staubach is a real estate magnate in the state of Texas.

He also opened an art gallery in San Jose, Calif., and started a venture with Fantex in 2013. Eagles’ long snapper Jon Dorenbos is a professional magician.

He finished third on Season 11 of America’s Got Talent.

10. The size of an NFL player has increased tremendously over the past few decades.

Their average weight was 317 pounds, a 62-pound increase. That still holds true today as there are roughly only 20 offensive linemen in the league that weigh less than 300 pounds.

Someone that size could have been an offensive lineman back in the early days of the NFL.